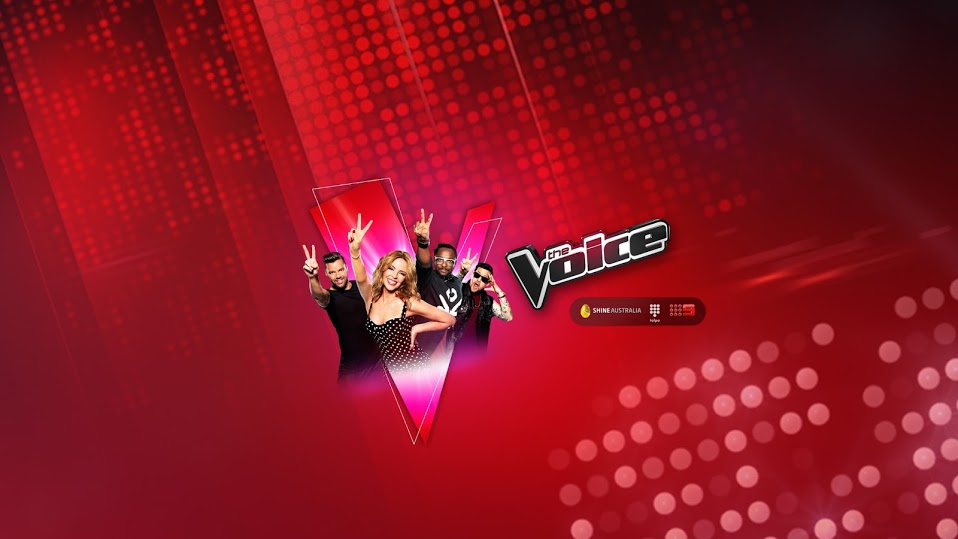 Australian television seems to like the three to one ratio.

The Living Room – one Amanda Keller; three men. The Project – one Carrie Bickshaw, and, generally, three men. I had this discussion with my mum, who pointed out that in both those examples the women are in the hot seat running things, so maybe that modifies it a bit. I don’t know. But then there’s The Block, MKR, MasterChef … All big ticket shows fronted by men.

Why? Is it because the powers that be think too much estrogen will jam the transmission? Is there some unwritten law of private station programming that says the 3:1 ratio must never be reversed or else darkness shall descend upon the land? Do they think men won’t stand for it? Or that women will turn off? I really don’t think any of us would find it particularly shocking.

I love Ticky Fullerton. She IS The Business. Most people I know think Julia Zemiro is a goddess and they’d watch her front anything. And it’d be novel to see roles reversed on The Block – have Shaynna Blaze as the frontman and give Scotty Cam a go at evaluating decor. (Actually, I just realised that Johanna Griggs is the Scotty Cam of Seven; maybe there are heaps more examples like that I’m overlooking – just can’t think of any others right now. Likewise, maybe the 3:1 ratio thing has been discussed before – please point me in that direction if so.) Myf Warhurst – perhaps she said no to a lot of stuff, but it’s odd we only saw her fronting her own show on ABC and not anywhere else. Kris Flanders and Erin Molan give good sport and journalism and are so personable they could do a whole lot of things.

I’ll tell you what I want, what I really, really want – Helen Razer with her own show; one where she gets COMPLETE CREATIVE CONTROL.

I’m not going to even touch film. Actually, no, I will touch on film. Starting, once again, through the eyes of my kids. I loved Shrek Three. Why? Because the female characters in that movie have normal-looking bodies, not Barbie bodies like the Little Mermaid, and they’re funny and, well, HUMAN. We watched the film adaptation of Fantastic Mr Fox. The only female character is Mr Fox’s wife, who in all attributes is portrayed as a FOX (that is, hot). Gone is the normal-looking mum from the illustrations in the books. Gone, too, are the girlish-looking fox offspring from the illustrations. Likewise, all of Mr Fox’s animal helpers are male. (For a discussion on anthropomorphism and gender assignment in children’s books, Max Barry did this excellent post way back in the day HERE.)

As far as films for grown ups go, I am not really into the whole wish fulfillment deal where character development stops at freshly cut flowers, an impossibly expensive kitchen and an obscenely large shoe collection. My husband, professional football coach, enjoys rom coms much more than I do. I want Zero Dark Thirty, where the main character is a female (and in that movie is all about DOING HER JOB and not much else) and nobody even gives a shit that she’s female, or finds it remarkable, in any way. I want August: Osage County, where the women loom large like continents, and cause emotional earthquakes. I want Winter’s Bone.

And – oddly enough, despite those particular examples – I am OVER all this insistence on STRONG female characters. Rather than strong, why can’t they be angry and impotent? Or cowardly. Funny. Sneaky would be good. Likewise, lazy. Here’s a thought – let’s have a woman in a position of power who isn’t, like, really, really good at what she does, but lazy and sneaky. I don’t understand why female characters have to be ROLE MODELS while male characters are allowed to just be human. Stop the grandstanding and give me real.

Terms of Endearment – don’t know if it passes the Bechdel and don’t care. It’s a great film. Likewise, Missouri Breaks (Western made in 1976; one of the best, and most surprising, female characters ever). Silver Linings Playbook? Broke my heart. They took Jackie Weaver, fresh from her magnificent performance in Animal Kingdom, and they made her into a hand-wringing wife/mother person who worries about all the ensuing betting dickery BUT NEVER EXPRESSES AN OPINION. Yeah, mothers without opinions, lot of them around.

All of the above (which I know meanders a bit, so thanks for sticking it out) is one of the reasons why I get annoyed with people who go on about YA being female-centric. I’ve never actually met a teenager who has voiced a concern with reading a story because it has a female main character. But beyond that – I have absolutely no problem with making teens study stories with female main characters because WHERE ELSE ARE THEY EVER GOING TO EXPERIENCE THINGS FROM THAT POINT OF VIEW? Not television. And not film. Definitely not video games. And not in porn.

Women are the biggest purchasers of fiction. Is it really any surprise? Where else can they find their stories?

(*I’m talking about SYTYCD Australia. From memory, I think the US version is usually more balanced because often one of the guest judges is a woman.)