1. We just finished the proofread of SUMMER SKIN. I say ‘we’ because, of course, it’s not just me doing it – that would be dreadful; so many msistakes would slip through unnoticed. I should feel a bit emotional about it being done, because it’s one step closer to waving bye-bye to the characters, and saying, ‘Hello, world, list for me the ways in which I’ve failed.’ But for the first time ever, it doesn’t really feel like that – possibly because this book has had such a looooong gestation. I really, really want to post a pic of the cover, but I’m going to desist. Every time I do that in other places (like Facebook, where it’s socially acceptable to skite) nice people say things like, ‘I must buy a copy’. And I have to say, ‘Okay, but can you just hold that thought for five months?’ So, instead, here’s a glimpse of the advanced reading version looking coy: 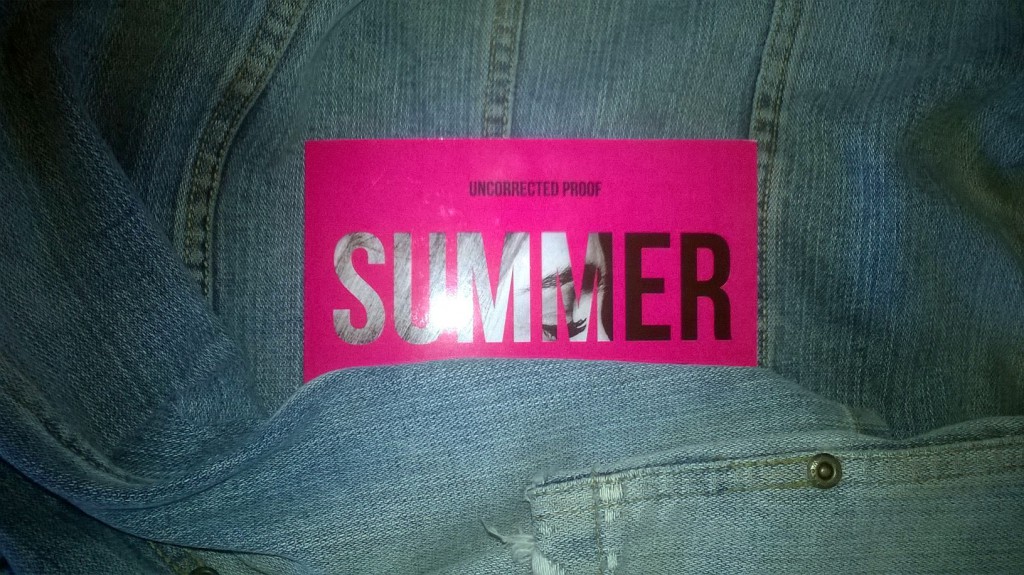 2. I’ve also finished an article for an upcoming edition of WHITE HORSES magazine talking about my surfing life and my writing life and the crossovers between the two. For those of you who haven’t encountered it before, WHITE HORSES is devoted to ‘stories about the sea’. It prides itself on being very different to your typical surf mag. I’ve followed it with interest because my good friend Gary at Mug of Sunshine writes for the mag. Also because they were the first surf mag to feature Steph Gilmore on the cover –  which just amazed me – the fact it was her first, I mean, in view of the fact she’s won 6 world championships and has a style that is universally admired. It seemed fitting, though, that it was WHITE HORSES who did it, as they tend toward an inclusiveness you don’t always pick up on in other surf media.

Anyway, the reason I’m so excited is that the issue I’ll be in is focused solely on women and girls in the waves. I would have supported it no matter what. The fact I’ll be in it is icing on the cake. (I’ll post more on this when it’s out).

3. I attended the launch of the Stella Schools Program in Sydney. Click on the link for more info. It was a great night. Room full of cool people who care about the same thing. Woman are half the world. Aside from everywhere else in life, we want to see women in all their diversity represented in books and on screens.

Okay. Whatever you’re up to, I hope it’s giving back to you.

Reviews and a favour to ask of you