Skip to content
Making a music video – the process…

When I first talked to Natasha Pincus, it was because I’d seen her amazing clip for Pete Murray’s song, Chance to Say Goodbye, (thanks Amy!). The clip is just so moving, and contains Peter Fenton – what more do you need to know?

Natasha is high energy – writing, directing and producing. For her full bio, click here. What it can’t convey though, is what a warm and generous person she is, although if you look at her answer to question #6 below, you start to get the idea. Here’s what she had to say about the process of making the music video to Sarah Blasko’s new single, We Won’t Run. 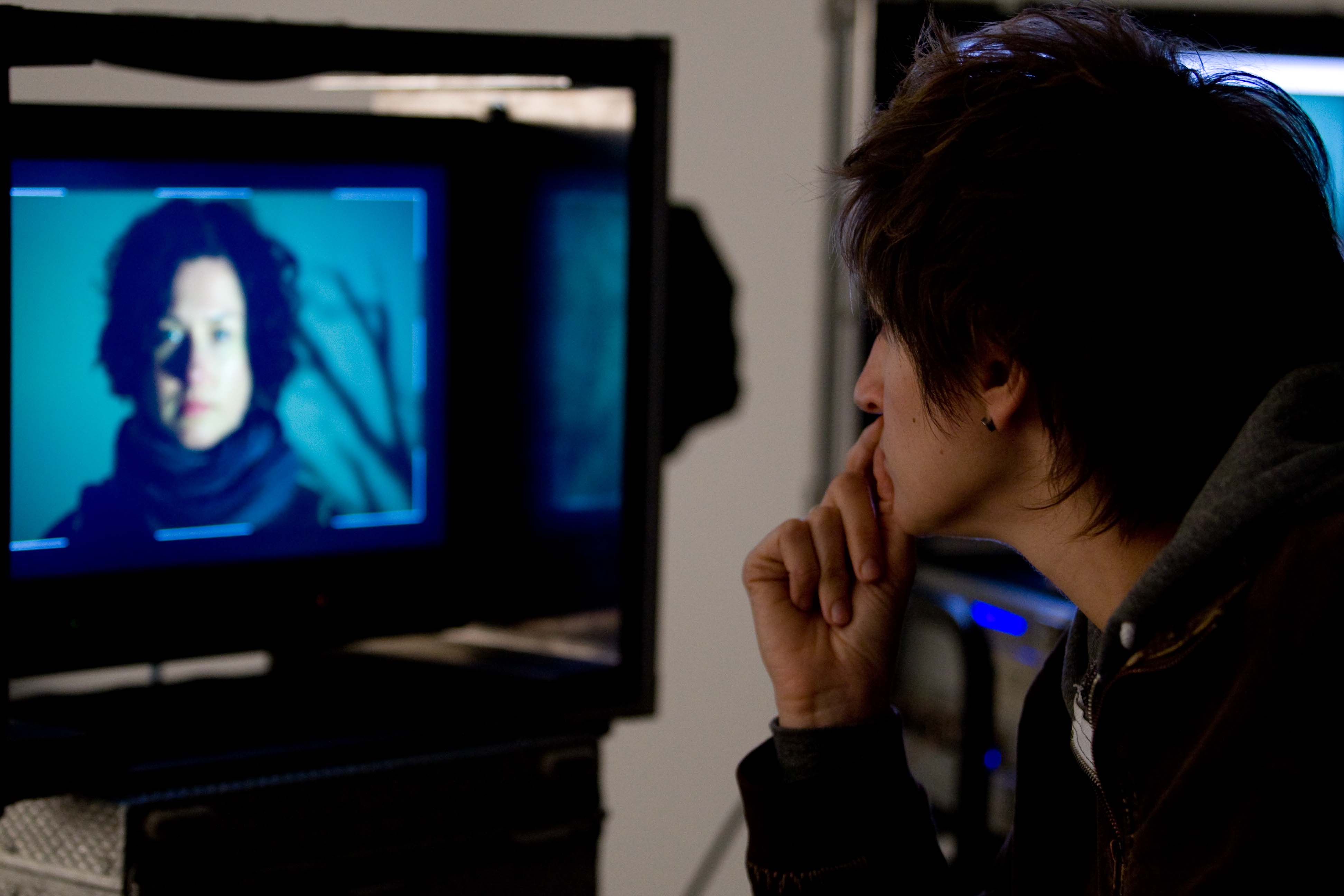 1. Where did you get the idea for the video?

I always start with the source material – the song itself. Music video is essentially a medium of adaptation – it is essentially an interpretation of an aural experience for the visual world.

The brainstorming process took me through analyses – both conscious and subconscious – of both the melody and lyric. I spent hours and hours with the complete song…hearing it, thinking it, dreaming it…then I took it apart bit by bit, feeling its journey, learning its story.

For me, ‘We Won’t Run’ is about perception. About how the ‘truth’ doesn’t really exist, but only represents one of many possible interpretations. I scoured through reference images on the topic, seeing how the ideas of revelation, denial, etc resounded through the popular conscience (e.g. internet research through sites like flickr, google images etc) and in the arts (e.g. traipsing through art history, looking at classic works in painting and other 2-D media). I then thought how I could abstract the theme anew, metaphorically, while making best use of the cinematic medium….

The sum total of all this resulted in an epiphany – the creation of a cinematic optical illusion. I realised that actually demonstrating the unraveling of an optical illusion live for an audience would be the best means for ‘proving’ of the song’s message – that there are many different ways to view a situation, and all it takes is a shift in perception of what is already before you in order to reveal a different reality.

2. Then there were a few technical challenges as well, weren’t there?

Absolutely. After extensive research I could not find any example of where this had been attempted before in cinema or video art. It was a daunting task. It required intimate knowledge of all things optic – at both a physiological level (i.e. what occurs in the eye of the viewer) and the mechanics and limitations of photography (i.e. how the camera achieves/produces images) – so as to be able to manipulate the sciences to achieve our trickery.

I researched everything from crazy house mirrors to anamorphosis, through the surrealist artists back to the ‘Magic Eye’ fad, to MAD magazine illusion illustrations and beyond…there were so many options available at a conceptual level, and we had to analyse each in terms of achievability in a motion picture environment. And then there was the question of which strategy might work best with the tone and serenity of the song, and also with the (as yet) undeveloped image we were going to create that formed the basis of the optical illusion….let alone how to bleed the ‘story’ out over the course of the 4 minutes…..!

I felt an extreme amount of pressure to resort to using post-production effects to create the illusion – i.e. simply shoot Sarah’s performance against a green screen and carefully and safely build whatever world we wanted on a computer. But I wouldn’t hear of it. For me, the quality of handmade, tangible work is incomparable to that digitally effected. And besides, it seemed rather remiss of me to create a visual illusion as a means of discussing the power of revelation and truth, but doing so using deceptive means! So, instead, we went to greater lengths and bore greater risk, but I believe it paid off in the end.

3. Can you describe your role for us?

I direct, and also often produce, our music video projects. As a result, I am made to bare both the creative and financial risks of the project. The duality brings a conflicting dynamic and one that I thoroughly abhor. I much prefer to only work as the video’s director – there are many advantages of having another person between you and the client. However, as the music video industry is so poorly financed, videos are rarely attractive enough propositions for a talented producer. When I have been lucky enough to work with a producer, I have certainly enjoyed the process a whole lot more!

So, when doing both roles it kind of works like this……I usually get approached via email by a record label or manager with a song (unless it is an artist or manager I already have a relationship with – then they might discuss the possibility of the clip in advance). I listen to the song and if I like it, and the timing is right, I will try to come up with a concept for its video. I’ll then send off the concept for their contemplation. Ideally it wouldn’t be like this. Ideally, the concept would be developed with direct and live feedback from the artist. But this can only happen either when working with an independent musician, or where you have worked with the artist before.

When I pitch my devised concept on paper, I generally only write a very brief treatment. Some directors do the whole shebang – storyboards and production notes in immaculate detail. But I prefer to elucidate the details through collaboration with the production’s heads of department, and with the artist themselves, once the project is in development.

Once the project is up and running, the director in me becomes manic and obsessive about the project, while my producer self tries to focus on ensuring that the client remains involved and that their commercial aims stay visible….while also making sure the director doesn’t self-combust from the stress, fear, insecurity and over stimulation brought on by the process.

Don’t try this at home!

4. Is single shot more exhausting to shoot? Roughly how many takes did it take?

In many ways, yes. There is nowhere to hide and so requires more discipline for all involved. Still, it often seems to me the natural choice for music video, as songs themselves go for an uninterrupted period. I feel like it is cheating the audience to rob them of the development of the singer’s performance rhythm as a song progresses.

It is hard to estimate how many takes we did as I split the technical and performance elements of the shoot. That is, we spent a full day setting up the equipment and rehearsing the shot over and over, before Sarah even came onset (I rehearsed Sarah separately). Then, once the elements were brought together, we shot approximately 20 complete takes.

5. You’re someone who studied law and science at university. So how did you get from that to this?

The path isn’t linear…each aspect is kind of its own subplot that seem to just approach and retreat from the main narrative at different times. During my 7 years at Uni I was indulging my passion for visual arts, writing for theatre and acting for the screen. But, as often happens, I had to reach the point furthest from my (unconscious) goal before being motivated to make a decisive change in direction….and that for me was the practice of commercial law. Only after being made to wear a suit and become subservient – both academically and practically – did I realise that I am not able to tame my creative spirit. And that I really don’t want to.

6. Who or what inspire you?