Skip to content
How I write now – part 1: hours not words 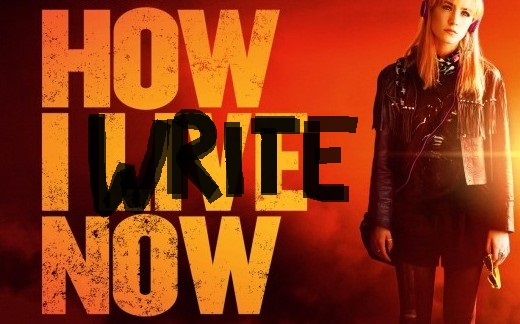 {First, a brief explanation. The way I write has changed a lot. This is where it’s at. At first I tried for brief and succinct, but totally failed, so this will be a series of posts. I’m not a big fan of “writing advice”, mainly because people seem to re-hash the same old shite, but I do think knowing how others (really) go about things can be interesting, and sometimes helpful, and I’m sharing in that vein. Then again, you may just think, God, what a lunatic, no wonder it’s taking her so long to bring out another book :) … }

I don’t count words anymore. But if I did, I bet that for any given writing session the number would be a hell of a lot lower than it used to be. Now, I’m all about the hours. I’ve learned that the way I get into a story is by sitting with it, rather than forcing it. This often means reworking the same paragraph for frighteningly long periods of time. Does an apparent inability to move forward scare the shit out of me? Yes it does.

I used to write the synopsis last, but now I write it first. It clarifies the feel of what it is I want to do, and keeps me on track. Writing the synopsis is the easy bit. These days, I know the story before I start. Usually that just sort of arrives in my head while I’m working on something else. Unfortunately, it also arrives naked, without any instructions on how it’s to be told. So there are still a lot of decisions to be made on things like point of view, structure, scene-settings, blah, blah. I can push through that stuff, left-brain it out, but at best I’m only left with the skeleton of a story; the infrastructure. The magic, the flesh, the thing that makes a first draft real comes from the characters, and getting the tone of each scene right. And that happens in its own sweet time. To put it another way, the right brain doesn’t run to schedule.

I always doubt that I’ll be able to deliver what I’ve promised in the synopsis. But I like trying.

If that all sounds very Zen and rainbows, I hasten to add that I am a Virgo*. I have a spreadsheet, and I’m not afraid to use it. I keep track of my hours – daily, weekly, quarterly. I set an annual goal of X hours to be spent writing (first drafts, rewrites, the fifteen minutes a day I spend on my journal) and I do my best to meet it.

Actually, maybe the spreadsheet thing comes from having been an economist. Whatever the case, I used to have a spreadsheet when I counted words, too. But I did not keep it as fastidiously. Why? Because it made me feel like I’d failed. All the time. And it’s hard to get excited about keeping a record of falling short. The difference is, now, I’m getting points just for turning up. And sometimes I think that’s what writing is all about …

Thoughts, questions, spreadsheet tips, or just generally want to bitch about Virgos? Feel free to comment, or to share.

P.S. As per the comment below – if you’re into process, I should also mention that Trinity Doyle, Australian Young Adult writer, has an excellent series of interviews with Y.A. writers on how they go about writing and why – check it out HERE)

(*In writing only. I don’t wear grey, and I don’t like vacuuming. My desk is messy (see below). Pretty much, in everything else, I am a Water Rat.)