One of the very nice things about writing Night Beach was that if I needed to get myself in the mood, all I had to do was run around the net searching for the sort of art that would inspire me. I looked at Dan McCarthy’s art a lot. To me, his work is similar in feel to the paintings from the Romantic Era that I love*. It often features the human figure dwarfed by the natural environment – woods, mountains and the heavily starred (and so beautiful!) night sky. And, of course, he had me at ultramarine blue.

One of the chapters in Night Beach is called The gloaming in his honour (after a series of paintings he did with the same title). 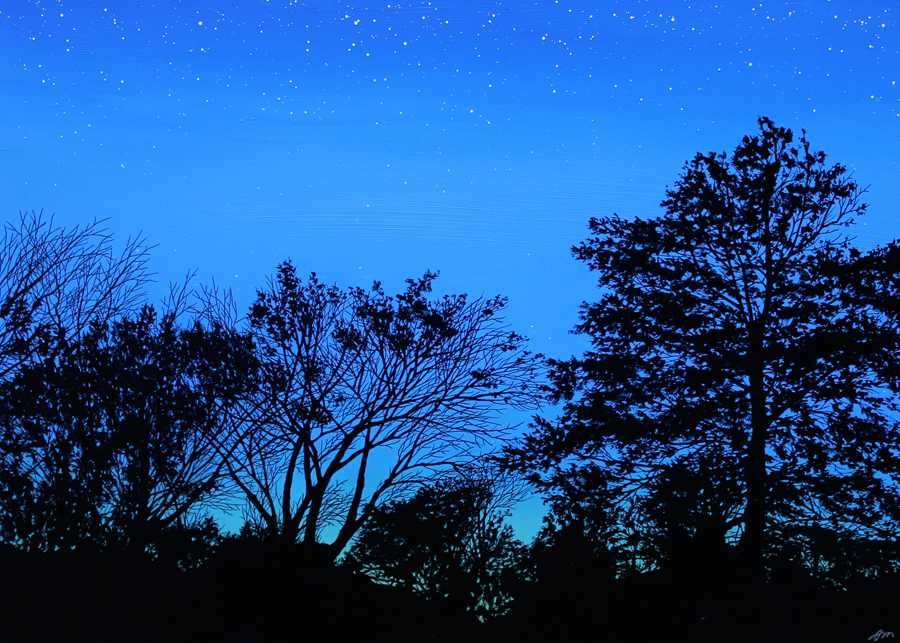 I figure the internet must have completely transformed the playing field for new artists. In addition to the gallery system of exhibiting and selling paintings, they have the option of self-managing the distribution of their work. So, in plain English, Dan releases screen prints regularly for sale. I bought three of them, and now I get to enjoy his work every day. It’s even better in the flesh. Another thing I found is that the same word is hidden in each of them. Disguised and embedded. I like that.

His posters are beautiful, too: 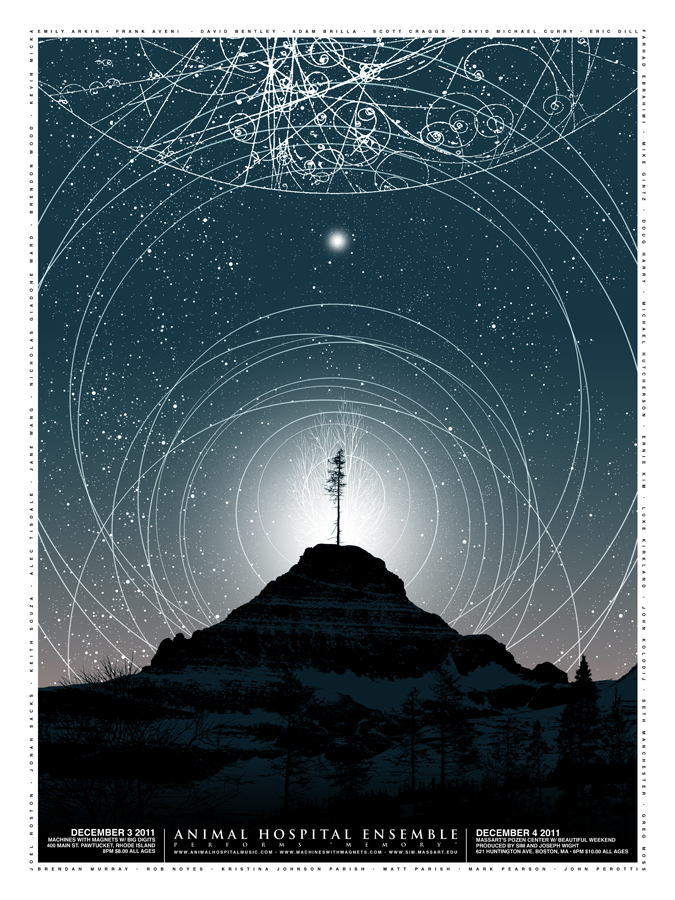 If you like Dan’s work, and are interested in seeing more on his process, check out his Facebook page. And you might also like another Dan’s work – Dan Danger. The two of them are exhibiting together in San Francisco in April, and it’s one show I would love to see.

*I did a post a little while ago on how the Romantic Era artists, poets, writers were big influencers on Night Beach, see here.