Skip to content
Being a professional dancer – the process…

For those who missed the ‘Coming Soon’ on this one: twenty-year-old Sarah Williams has just spent the last five years of her life living and working in New York. She received a two-year scholarship to the School of American Ballet at fifteen, and was then selected to join the prestigious New York Ballet Company. Like me, Sarah is obsessed with the colour blue, and when it comes to surfing, she’s a goofy footer – probably the only time she’s been called that before.

What follows are extracts from our conversation about the process of being a professional ballet dancer. 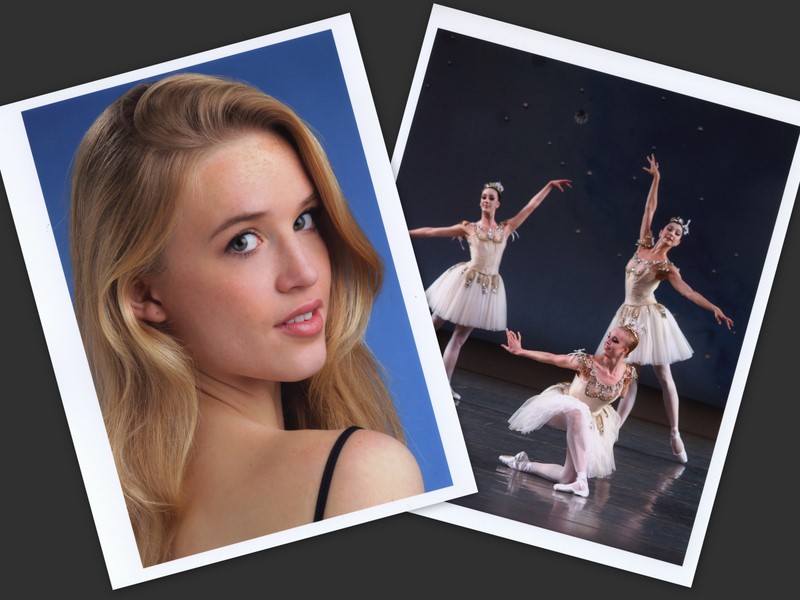 I could say it’s amazing that you’ve just spent five years working overseas at an amazingly high level, AND you’re only 20. But I bet you had been working towards it for a long time. How old were you when you started dancing?

I was about 6 and I trained with Robyn Ross learning a style of classical dance called the Cecchetti Method. When I was eleven I went full time at SCECGS and started learning another style of ballet as well, RAD. From going to both of these schools at once, I can remember how much I used to train, it was pretty hard but it’s all worth it really because without it I’m sure it would’ve taken me a lot longer to get to where I am now.

Can you give me an idea of what a typical day is like when you’re contracted to the New York Ballet Company?

We work six days a week (Tuesday through to Sunday). On each of those days you have 1 to 2 hours of class, then rehearsal (which can be anything from 1 to 6 hours), then an evening performance (and on Saturdays, a matinee performance as well). The company usually does 3 ballets for each performance, and as a member of the corps de ballet, I would generally perform in at least 2 of those. (The company puts on something like 25 different ballets a season). During the day you also make time to see the physical therapist and masseuse as part of your general body maintenance program.

Depending on whether you go out after the evening performance, you might get home at around 11.30pm or so, sometimes later, have something to eat, watch a movie, sleep. Class starts at 10am most mornings. I’m a night owl, so that style of life suits me pretty well.

Yes. You need Mondays (your day off) to recover. Except my apartment had six flights of stairs, and on Mondays I’d be rushing in and out all the time, getting life stuff done. So…

No, the ballet year over there follows the school year, so it starts in September and goes through to July. You’re contracted for this period and you get two months break.

What are some of the tough things about the life?

Probably missing Australia, my family… Also, trying to stay in a positive mind frame because the whole focus is very much the pursuit of perfection, so a lot of the feedback you get is on where you’re not perfect. For me, ballet itself comes pretty easy, but what I got feedback on were things like my height and weight. My height – I can’t control that, so I just try not to worry about it. My weight – for me, it means I just have to be conscious of how I eat.

What helps you stay positive?

I feel good if I’ve worked hard in class, that’s always a good feeling. The ballet side of it doesn’t present a problem – the technical aspects, the aesthetic, bearing, flow of steps… And I love the performance. That makes it all worthwhile. And the other girls, too…the camaraderie… the stuff we get up to on stage…

My favourite ballet is probably the Nutcracker, even though after 46 shows in a row my fondness for it wanes a little. But there’s a part in it where snowflakes fall from above and the dancers in the corps are running around the stage a lot. And sometimes we’d be playing tag. Or – because the audience can’t really see this because of all the flakes – we’d have a face theme for the evening, like Sexy Faces, or whatever.

Have there been periods where the intensity of work increased at any particular stage in your career to date? (I’m wondering if life is harder when you’re trying to get accepted into a top company, or afterwards…comparing it, I guess, to how hard you work to get published for the first time, and then afterwards…)

In the first year of my scholarship with the School of American Ballet, I badly injured my knee and was out for months. I had to work really hard to get back into it afterwards, and I worked extra hard because I wanted to make the lead in the end of year performance.

Does it ever get to be a grind?

Sometimes. It depends on the ballets you’re doing, where you are in rehearsals.

What keeps you motivated?

The fact I’m doing what I love, staying in shape doing it, making money doing it.

Where do you want the dream to take you? Working with a particular ballet company, or choreographer, or making principal…

Making principal would be something I’d hope to achieve.

Ivan Southall said, ‘Fulfilment is not the acclaim. Fulfilment is the work as it leaves you at the end of a long day, or a long year, trembling, glowing, warm.’ He was a writer, but it reminded me of something Leanne Benjamin (principal with the Royal Ballet in London) said in an interview once about loving working in a studio. How about you? Are you a process junkie?

No, I love stage time, the performance. When I’m performing everything comes together.

I guess there’s a major difference with something like writing because performing is a major part of what you are doing every day when you are with a company, isn’t it? There’s that immediate connection with your audience on a regular basis.

In that same interview with Leanne Benjamin, she was talking about being pregnant and how much watching shows (rather than being in them) taught her, “We get bogged down on these technical little things – ‘Oh, I can’t do this step and I can’t do that step’ – but from a seat in the audience the important thing was the overall picture and the conviction, the energy. You wanted that person to give everything of themselves at that performance and it is amazing how you will forgive someone a lot if they do.” That really struck home with me in a writing/reading sense. I just wondered if you have any thoughts on it?

Yeah, I totally relate to that because I really do give everything when I’m performing. There’s a difference between dancing and just being up there thinking about the steps. You have to throw yourself into it, connect it, give yourself over to it. That’s a difference I’ve sometimes noticed with regard to Australian dancers –we’re really passionate and from the heart, ultimately we’re having fun; the audience likes it and responds to it. You have that connection with an audience, rather than just being a… dance robot (laughs).

What sorts of things are your golden moments?

Some of it we’ve talked about – like the other dancers, the camaraderie – and of course, the performing. But also things like when you’ve been working on something new, like a new trick, say how many pirouettes you can do, and you pull it off. I don’t mean just the one time, I mean when you master it. When you intend to do something well, and then you do, that’s special in its own sense.