Skip to content
Writing a second book … the process

With the publishing date for Saltwater Vampires looming, I thought it might be good to post something on the writing process. Not mine (that would be a shambles), but the writing process of someone who is articulate and thoughtful and able to inspire.

Lisa Heidke’s first novel, Lucy Springer Gets Even, came out in January, 2009, and won her many fans. A year later, Allen and Unwin published her second novel, What Kate did Next. Lisa was kind enough to spill the beans on how she went about writing such a lovely, likeable second novel …

So how did you do it? How’d you write Kate?

With the first draft, I wrote it as a blurt fest. I started with an idea and ran with it. I knew that the main character, Kate, was a wife and mother and had sidelined her career to raise a family.

I put myself in her shoes and have Kate ask, ‘Is this all there is?’ Where were the dreams she had for her life when she was twenty? Twenty-five years later, Kate is no closer to fulfilling her dreams.

That was the basic premise and I developed the story from there.

In order to get the first draft written while it’s fresh in my mind and the ideas are flowing, I try to write at least 2,000 words, four days a week. When I’ve finished the first draft which can be anywhere from 60 -70,000 words, I’ll step back and try to rest the manuscript for a good month before I read at it again. During that month I’ll write notes and consider how I can improve the story, make the characters more interesting and the details, relevant and fresh.

Was this the same way that you wrote your first published novel, Lucy Springer Gets Even?

I actually wrote What Kate did Next before Lucy Springer Gets Even but Lucy got picked up first. That was great because I was able to rest Kate for twelve months. Then when I reread the manuscript I was able to see the many holes in the story and dive in with a fresh focus.

Since I first started several years ago, my writing has definitely developed. What used to take ten words to say now takes me four.

But as far as blurting out my first draft and doing several drafts in total, I still do that. I have friends who plan every scene and chapter in notebooks and on whiteboards before they go near their computer. They know that Aunt Bessie dies at the beginning of chapter three, etc so that by the time they sit down and write, they have effectively written the entire book in their head.

I am far too impatient to do that, and as a result it probably takes me longer because I have to keep back tracking and filling in gaps.

Something I loved about Kate’s story was the richness of her world. There were the relationships: the re-emergence of her father, how that impacts on her relationship with her mum, her sister, her hubby, her kids, her new work colleagues, her friend, Diane … And also lots of issues, such as her need to touch base with photography again. So I have to know – did you hit on most/all of these in your first draft? Or did you build this world in layers?

Kirsty, I definitely built this story in layers! As my first draft developed I knew I was writing a story about a wife and mother. A few thousand words in, I changed the daughter from being eleven to thirteen years old because I wanted to explore a daughter’s blossoming sexuality and how that would impact on her mother. In the first draft, Kate has a sister and mother but it wasn’t until I was about 50,000 words in that I decided Kate’s mum should also have a romantic life – to really give Kate some angst.

I didn’t realise until I was well into my second draft that a core theme of the book centres on the sometimes difficult yet loving relationships between mothers, grandmothers, daughters and sisters. Kate has an all-consuming love for her mum, sister and daughter, despite the heartbreak that such closeness brings.

In the first draft, I didn’t spend much time on Kate’s career and her love of photography. That was explored more fully in the second and third drafts. I wanted to write an essentially realistic but optimistic story. However, in the second draft I felt there wasn’t enough mayhem so made Kate’s sister pregnant and rather neurotic. Kate’s husband and friends were also more fully developed in later drafts.

One thing I found particularly poignant was Kate’s relationship with Lexi, her teenage daughter. It just felt so real and authentic. Is there anything you’d like to comment on about how you approached this?

Thank you. I really enjoyed writing this relationship and making it as real as I could. My daughter in nine (and I hope she isn’t like Lexi when she’s thirteen!) so in the first draft much of the dialogue between Kate and Lexi developed from imagined conversations with my teenage daughter. I also drew on conversations (fights) I’d had with my mum when I was at high school. Some of the scenes where Kate is reflecting about Lexi as a pre-schooler are lifted from real life.

I have friends with teenage daughters, so once I had the plot and dialogue in place, I spoke with them to make sure I got the language right – or at least wasn’t too far off. (Not that I am suggesting any of the teenage girls I know are anything like the ratbag Lexi is.)

Tell me about your approach to writing humour. Do you find a way to work in real-life incidents/anecdotes from friends? Or does it tend to grow more naturally from the characters? (I keep thinking about the scene where Kate serves mango cocktails to her Mormon dinner guests …)

With regard to writing humour, some situations or conversations lend themselves to an amusing aside or comment and when that happens and it flows naturally, it’s fabulous.

I do tend to eavesdrop on strangers in cafes and I happily steal amusing bits and pieces from family, friends and my real life.

Re: the Mormon dinner party, I have had to entertain my husband’s Mormon colleagues before, though thankfully those dinner parties have never ended up so disastrously. But you just think, ‘What if…’ and then exaggerate the situation.

Another thing I really liked was that you gave Kate the right to a fantasy life. For me, writing, when it’s going really well, tends to be like a high-powered fantasy – where I’m not always able to control the results. What about you?

I agree! When the writing’s going well, it’s so easy to slip into – I was going to say a trance like state that’s not quite how I feel, but I do find that once I slip into the zone, I’m off and writing. That’s what I love about writing new stories, the possibilities, the excitement and buzz of it all. It’s great seeing a story come together. I start with a blank page and think, ‘how am I going to fill this with 85,000 words?’ I love disappearing into a world of make believe. The possibilities…

On those days when the words are flowing, I’ll sit at my desk at nine am and then I’ll look up and all of a sudden it will be three in the afternoon and I have to rush around picking kids up and panicking that there’s no food in the house for dinner. It’s a balancing act!

Finally the ending. I have to say, I didn’t see it coming, but was completely satisfied that it was a good fit. It felt real and believable and I love the fact that it wasn’t just a convenient wrap up, but a resolution which allowed the characters continue on with their lives once the book had closed. So from the writing side, what I want to know is: did you have to work at this ending? Or did you have it in mind from day one?

Kirsty, to be honest I had no idea how the book would end. Draft one the couple break-up, draft two, the couple stay together. Of course the ending is a lot more than whether the various characters and their relationships stay intact or not, but I wanted to make the situations and outcomes as honest and real as I could, given the various dramas each of the main characters faced.

I’m pleased you were satisfied with the ending. It’s a tricky one because when I come to the end of writing a novel, I want the reader to walk away knowing that the main issues have been resolved but at the same time, I don’t want all the ends tied up in a neat little bow because then it won’t ring true. If it’s not realistic, the concern is that readers will feel cheated. 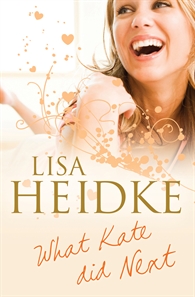 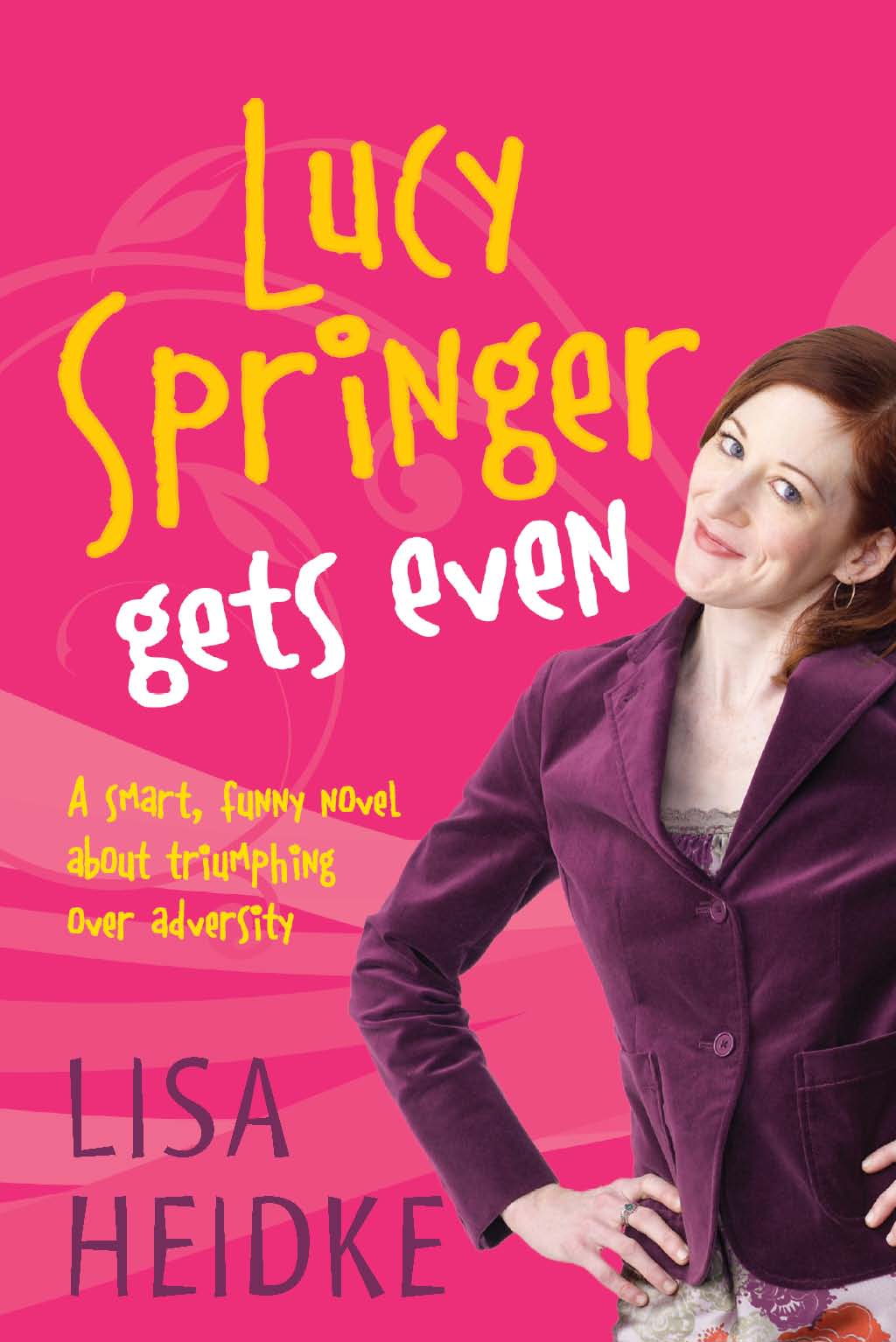 Lisa’s now hard at work on her next novel, Claudia’s Big Break, which will be published by Allen and Unwin in January, 2011. Thanks for taking time out Lisa!