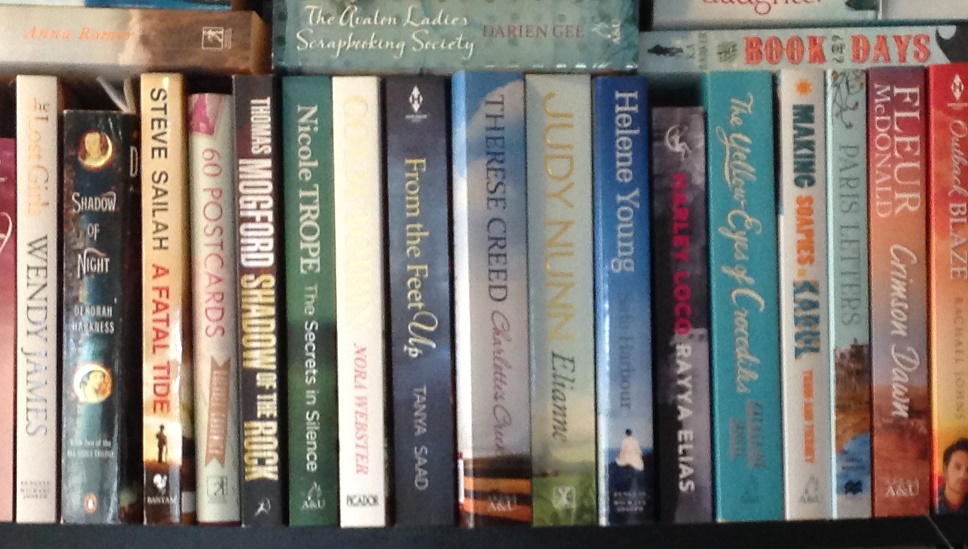 Okay, I asked this next guest to do a post for me as a personal favour. Because here’s the thing: I am in awe of her discipline. Shelleyrae reads and reviews around six books a week on her blog, Book’d Out, and has kept up that pace for the last FIVE YEARS. So what could be better than for me to come along and ask her to WRITE SOMETHING EXTRA. Like she doesn’t already HAVE ENOUGH TO DO.

(Shelleyrae is actually very professional so she didn’t intimate any of those things, I did. She was just nice and did the post for me.)

(Also, I’m slightly premature in saying five years, but in a week’s time I won’t be – the 27th of August marks Book’d Out’s fifth birthday. This is like a pre-celebration post.)

I met Shelleyrae for the first time in May 2012, when I took a trip to Taree and spoke at the library there. Afterwards, a group of us went to the pub (for photographic evidence, see here). It was one of those weird situations where you feel like you already know a person. Shelleyrae started blogging not long after Raw Blue was published, and from the beginning she has been an enormous supporter of that book. In a similar vein, she has supported many other Aussie authors, consistently taking part in the Australian Women Writers’ Challenge, and the Aussie Author Challenge, not to mention running the annual Australia Day Book Giveaway Blog Hop. Like I mentioned in Ellie Marney’s guest post a fortnight ago, I think Australian authors are tremendously lucky to have such support.

But back to that work ethic. When we met, I think one of the first things I asked Shelleyrae was how she did it. Turns out she doesn’t sleep much. Over to you, Shelleyrae, where does the magic happen?

Two months ago I had an ‘office’, a whole room to myself with a 3m long desk, shared only with the junk  a family of six accumulates. I had a door I could close, with a baby gate still in situ despite the fact my youngest child is now 9, at the furthest point from where the family congregates.

But it was time for my daughters to each have their own rooms.

Now I have been relegated to a corner of the family lounge room, at a much smaller desk, built by my husband. 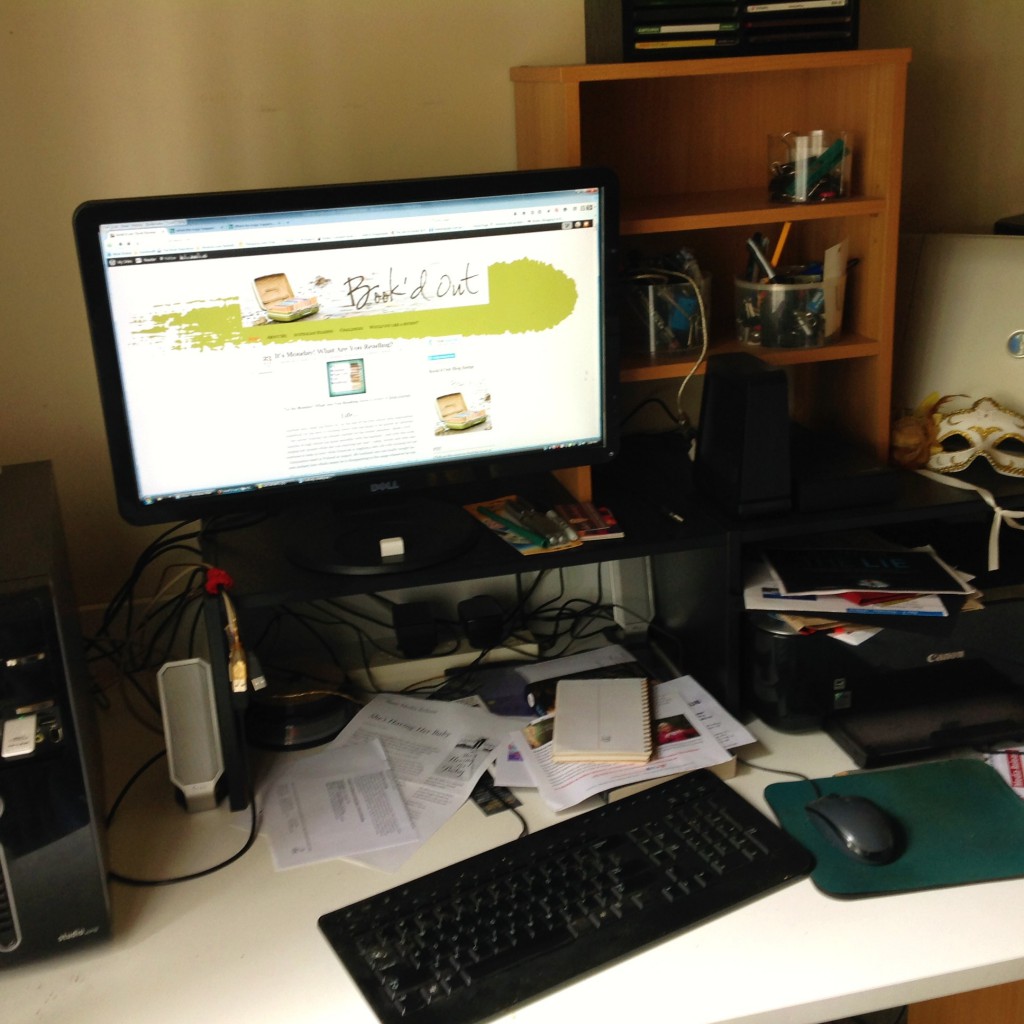 I can no longer close the door on the mess so I’ve been making an effort to keep my work area tidier, but my desk is usually strewn with paper,  mostly publisher media releases that come with the books I receive for review.  In front of me I stack the books I’ve read, waiting for me to start on writing the review, to my left is a stack of books on my review list for the current and upcoming month. 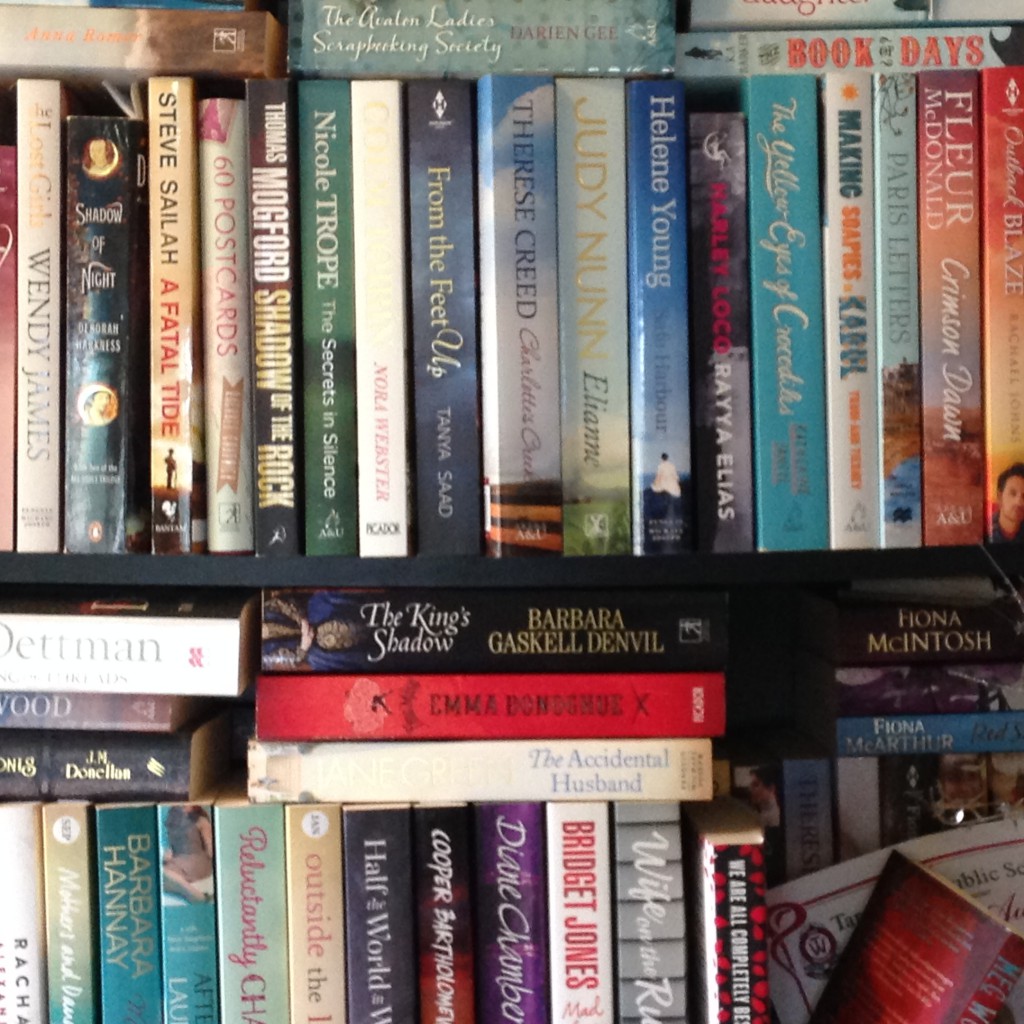 Eventually the books I have finished with will migrate to one of my overstuffed bookshelves located all over the house or whatever out of the way surface I can find to stack them on. I’ve long given up on any idea of organisation, books simply end up where they fit with most shelves double and even triple stacked. 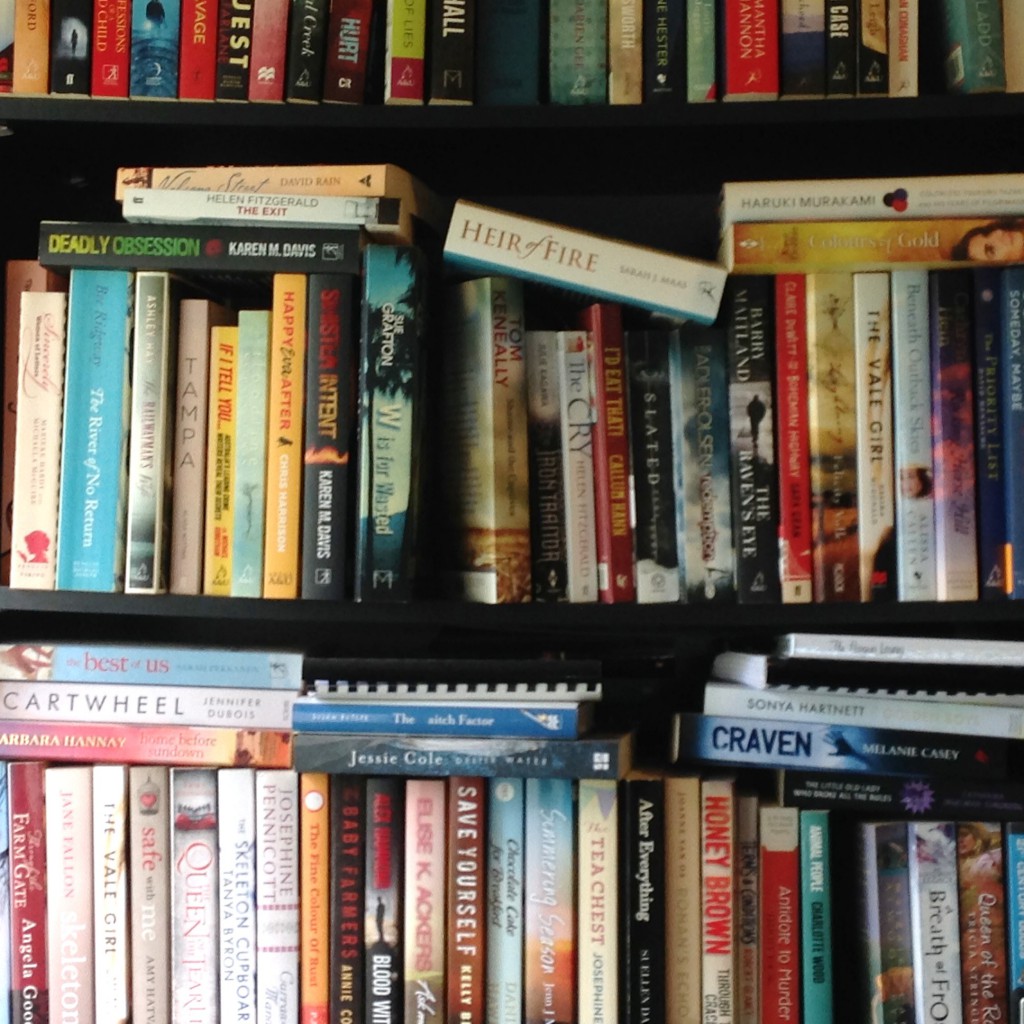 With afternoons, and evenings spent ferrying the kids to their various after school activities, supervising homework and cooking dinner, my ‘work day’ in front of the computer, writing reviews and maintaining the blog, is usually between the hours of 10am and 3pm on weekdays while my children are at school, and my husband is at his job. The TV is usually on, streaming whatever series I am currently binge watching on Netflix (today it’s One Tree Hill), because silence  tends to creep me out. Weirdly I can’t work, or read, when music is playing though, I tend to get distracted by the lyrics. I regularly check email during the day but rarely check social media, and I screen all my calls.

I can read almost anywhere, but I tend to get most of my reading done curled up in the corner of my worn and stained lounge late at night after everyone has gone to bed. I read at a rate of around 100 pages an hour without distractions so usually I can manage five or six books a week though it means I am rarely in bed before 2am most nights, fueled by Pepsi Max and nicotine. 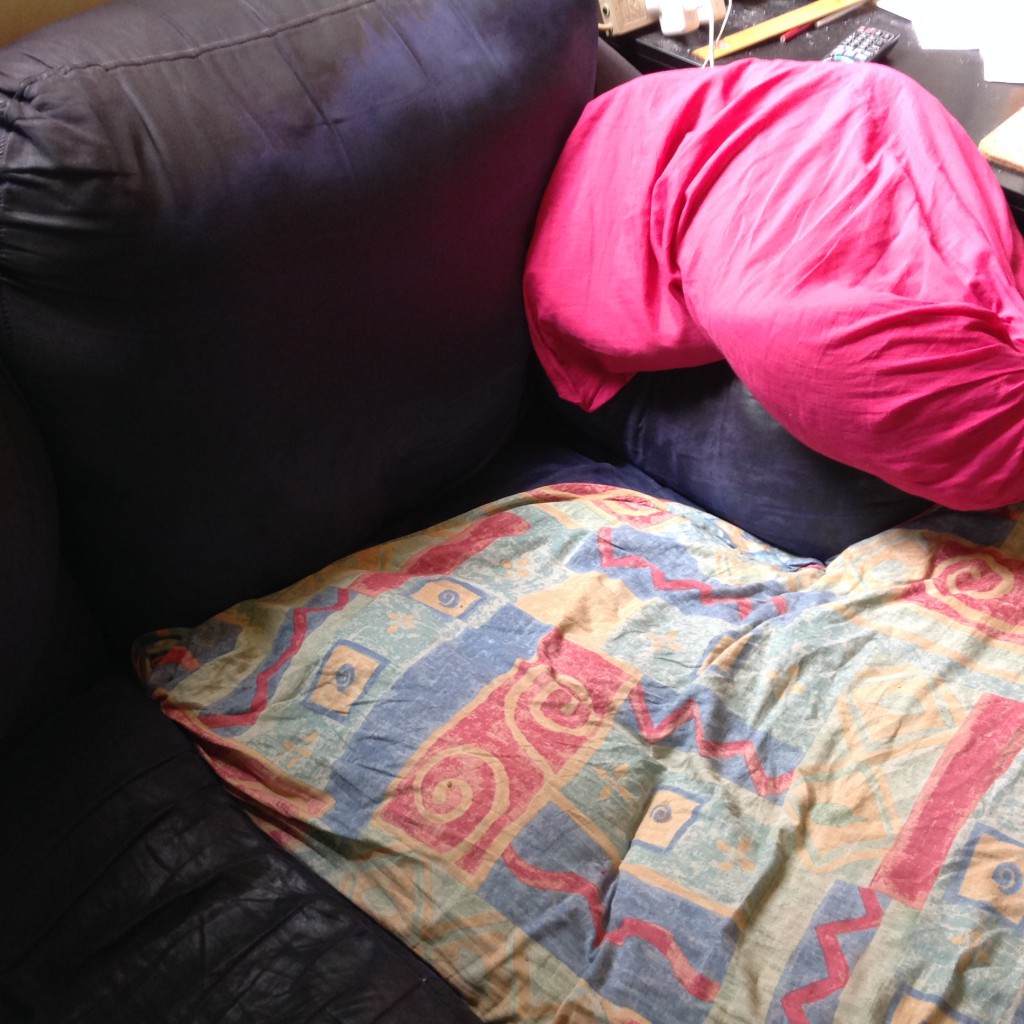 When the children have left home I have every intention of reclaiming my ‘office’ and plan to turn my boys’ room into my own private library.  That won’t be for a while though, so in the meantime this is where the magic hard work happens.

Thank you, Shelleyrae! The reader in me is now harboring fantasies of an hour alone with those bookshelves of yours … Congratulations on a very full five years.