Skip to content
Where the magic happens for Ellie Marney

One thing that shines through with Ellie Marney is her ENERGY. The lady’s got it in spades. And she uses her energy for good; she uses it to SHAKE SHITE UP. If you’re not already aware of it, she has been a driving force behind the #LoveOzYA campaign (you can read what Ellie has to say about it here) something I think anyone who loves Australian stories, in all their different guises, can feel incredibly grateful for. It’s also been a pretty big year for her on the professional front, with Every Move being published, the third book and conclusion to the Every series (recently shortlisted for the Davitt Awards, among others – whoot! whoot!). 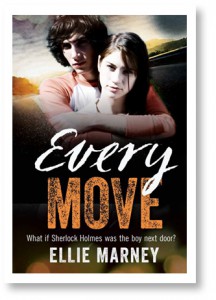 But the treat for you today is getting to step into Ellie’s world. I’m in awe of the fact that she writes as hard as she possibly can, while also bringing up four kids. As someone who frequently drops the ball as a writer and as a parent (okay, and as a sister, friend, wife, and daughter) I have taken so much heart and direction from talking to other writers who look after kids (whether they be parents, carers, god parents, grandparents, aunts, uncles, friends of the family). Because sometimes it’s fuqqing hard. I love the fact that Ellie is generous enough to show us how it is, and has some of that glorious energy left to inspire as well. LOVE IT! Over to you, Ellie, where dost the magic happen?

So I’m tempted to say, ‘Folks, the magic is in my head, it doesn’t really matter where it happens’.  That would be both the truth and a lie.  In the early days, when I first started writing, the magic would be about opening one of those little student exercise books and picking up a pencil (I always used 2B pencils), and it could happen anyplace, and pretty much had to: there was no space I had just for writing.  When the kids were babies, I had to leave the house to think, so I would take my exercise books and pencils and my thesaurus and find a café somewhere nearby.  Conditions were variable – if there was music, or too many people, I would huddle outside at a table and nurse a coffee until my hours were up.  My partner kept the boat floating for the one afternoon a week that I took myself away somewhere to work.  Back then, I didn’t even call it work – I called it ‘scribbling’.

I wrote ‘Tallow’, the story that won the 2010 Scarlet Stiletto Award (for women’s short crime fiction) here, at my sister-in-law’s cottage. 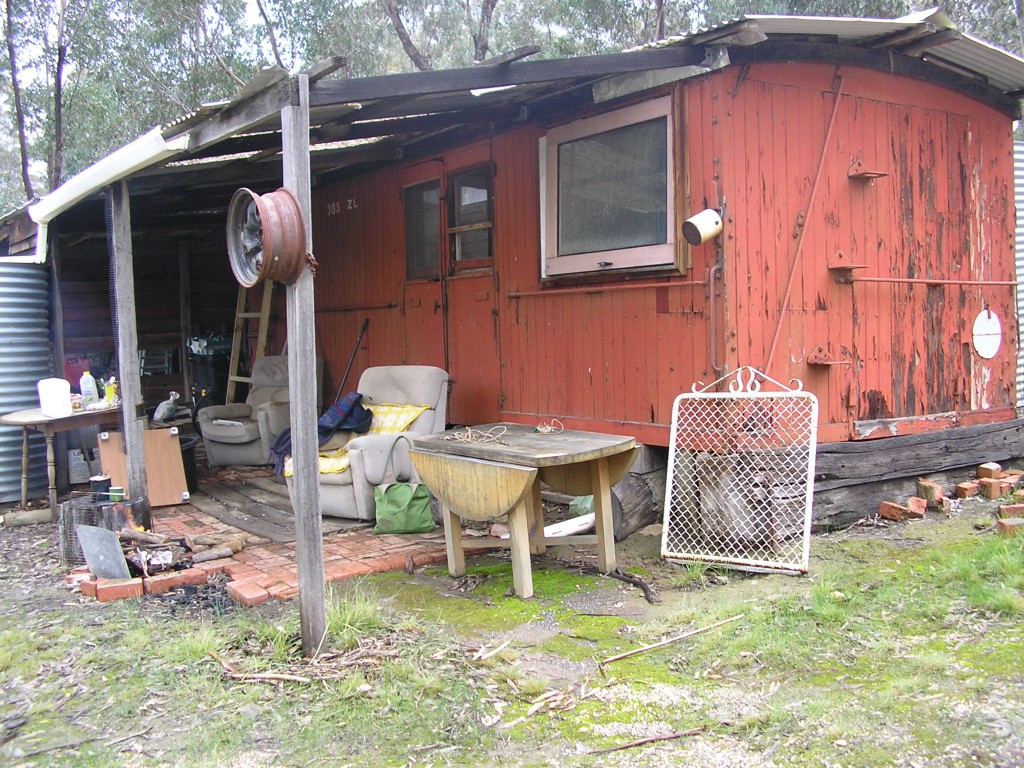 She has an old train carriage out the back, and I would sit outside and light a fire, if it was cold, and drink tea from an old thermos that I’d brought with me.  You can see my bag, beside the armchair, and the rug for my legs.

When my youngest son was old enough to not wake up when I woke in the morning, I decided that if I was ever going to get serious about finishing a book, I’d have to write at home.  I realised I was going to have to make time from somewhere (Time, like Food, is one of the exceptions to Gamp’s Laws of Elemental Transfiguration, you understand*), so I started setting my alarm clock for 4.45am.  I would get up, pull on as many layers as I could while the kettle was boiling in the dark, then make a thermos of tea and go out to the little outhouse study that I share with my partner.  And here it is: 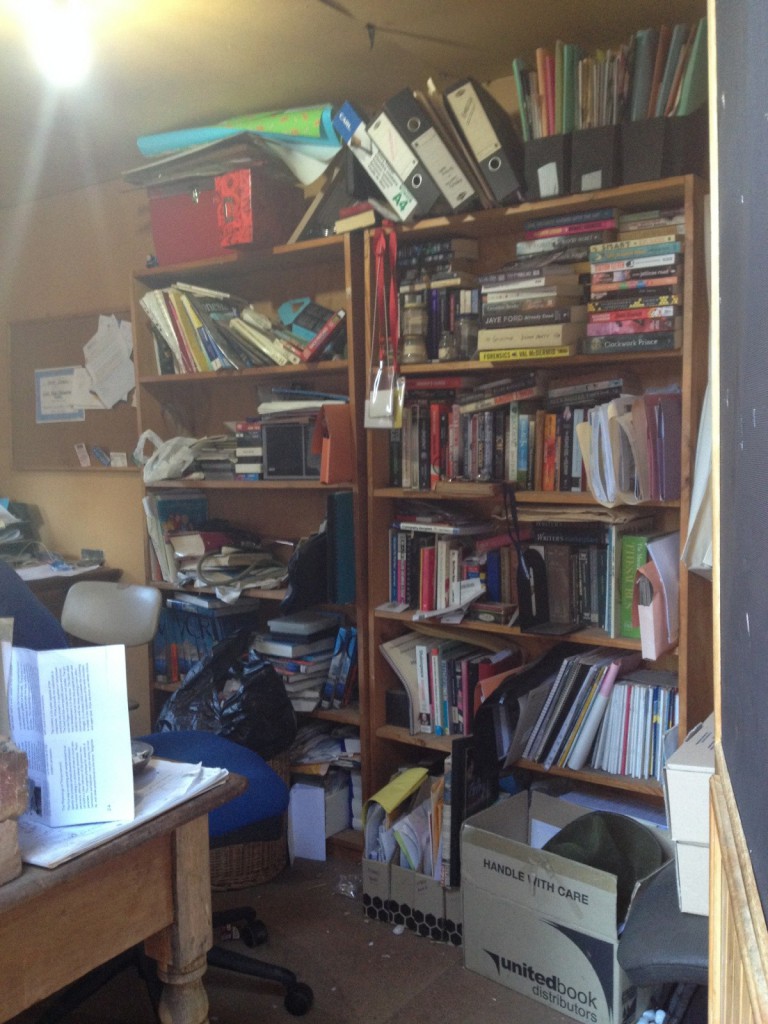 It’s basically unchanged.  It still has cardboard walls (we skimped on the lining during the shed construction – don’t try that at home, ladies and gentlemen), two desks, two bookshelves, and a whole lot of junk.  There’s lots of gaps in the walls, and no heating (in fact, the door is only a flyscreen and the windows don’t close properly).  I got pneumonia working out there one year – my fingernails turned blue.  And I still wasn’t calling it working.

I’ve had a habit, ever since I was a kid, of cutting things out and sticking them up on the walls – you can see the habit lingers.  Look closely and you’ll see that the bulk of the leaf litter on my walls is composed of drawings and pictures that my kids have made, or that have caught my eye or resonated with me in some way, as well as lines from books, poems, articles, or lyrics from songs – words that have struck me and stuck. 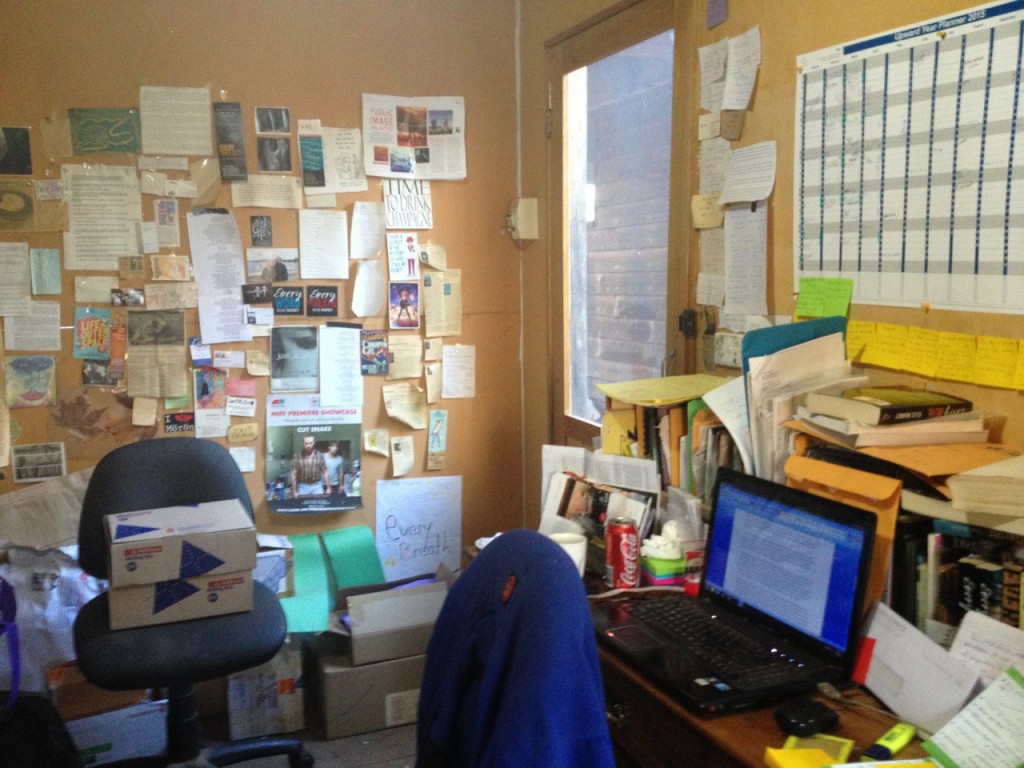 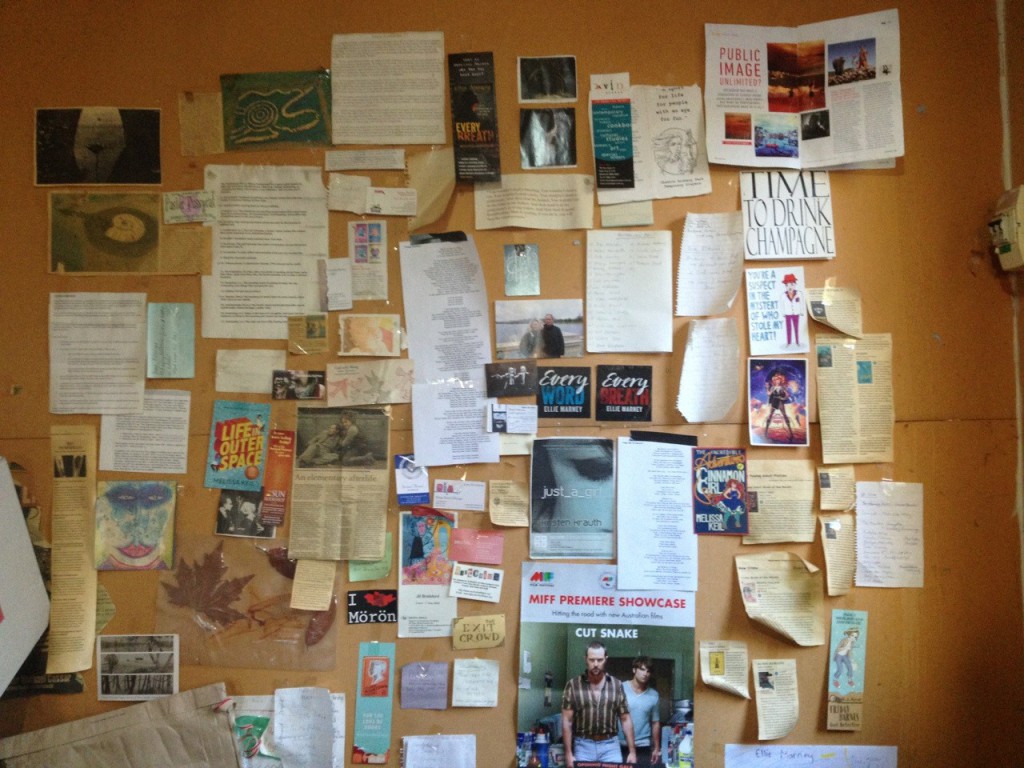 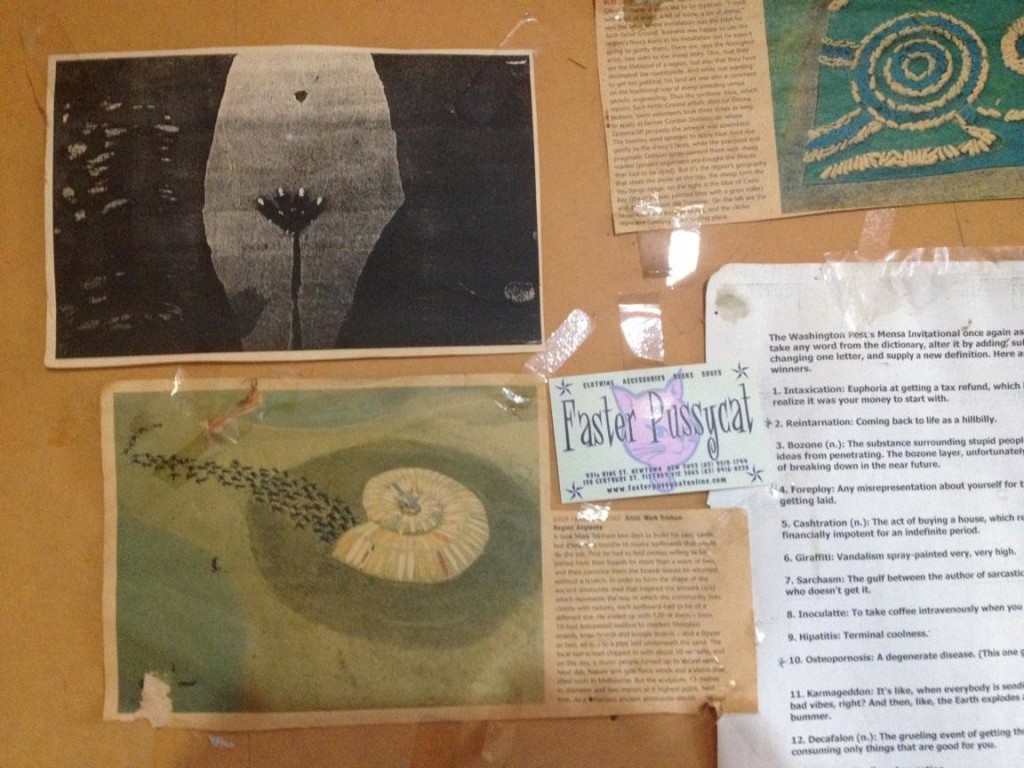 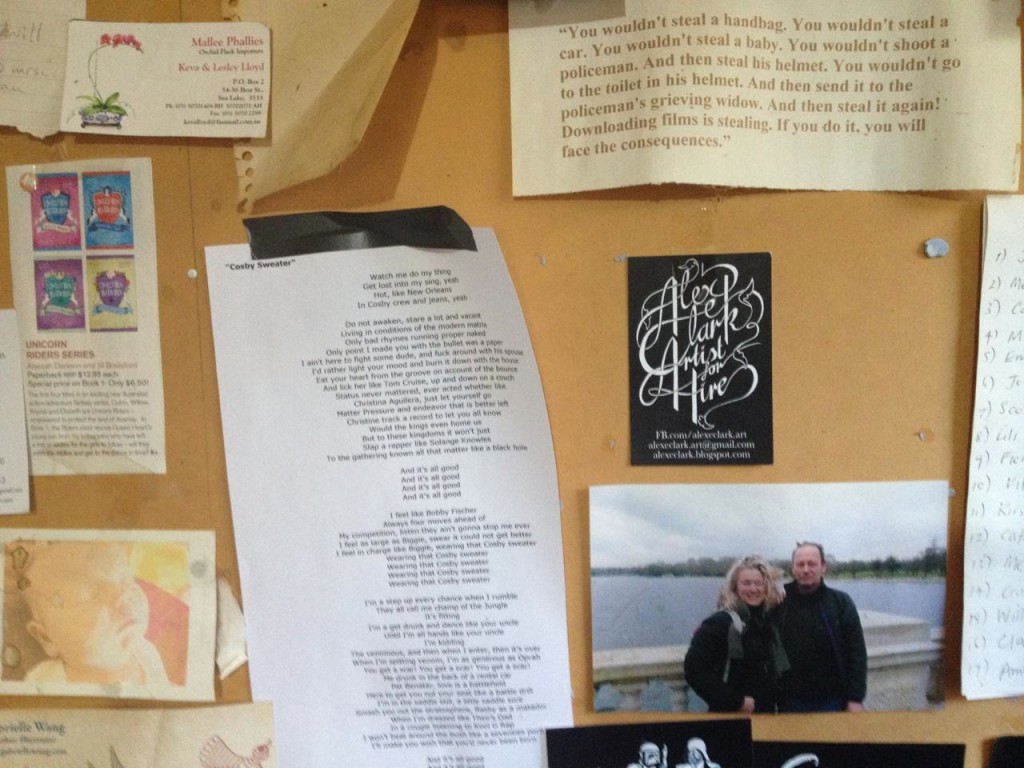 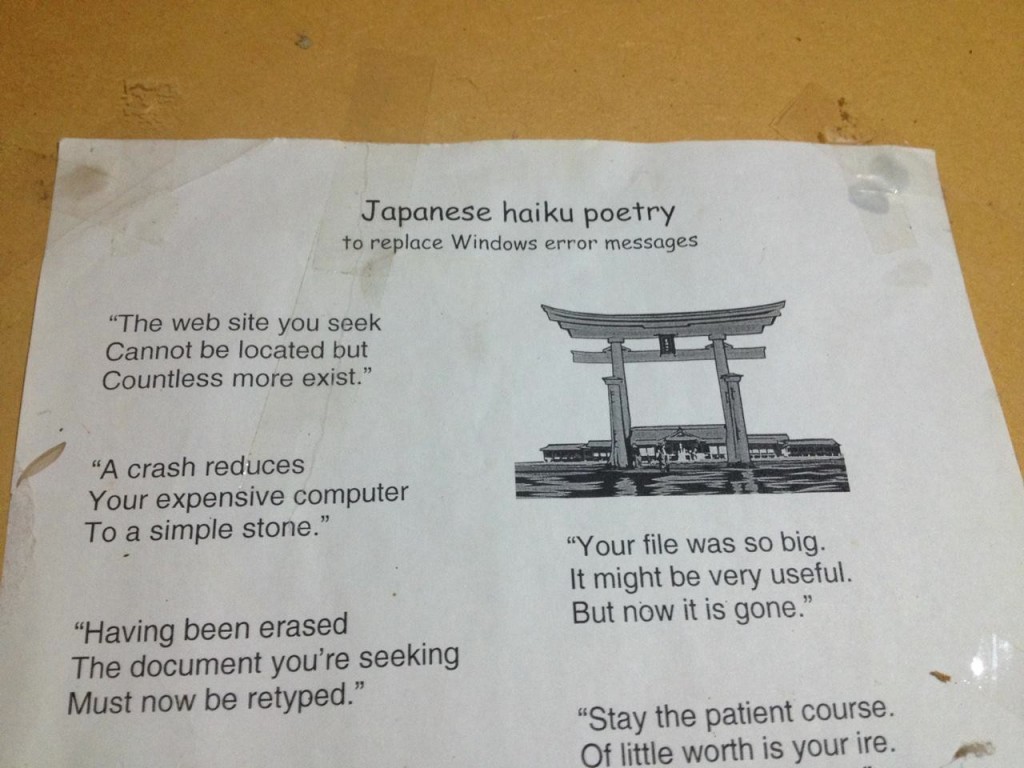 The Walt Whitman quote is one of my faves. 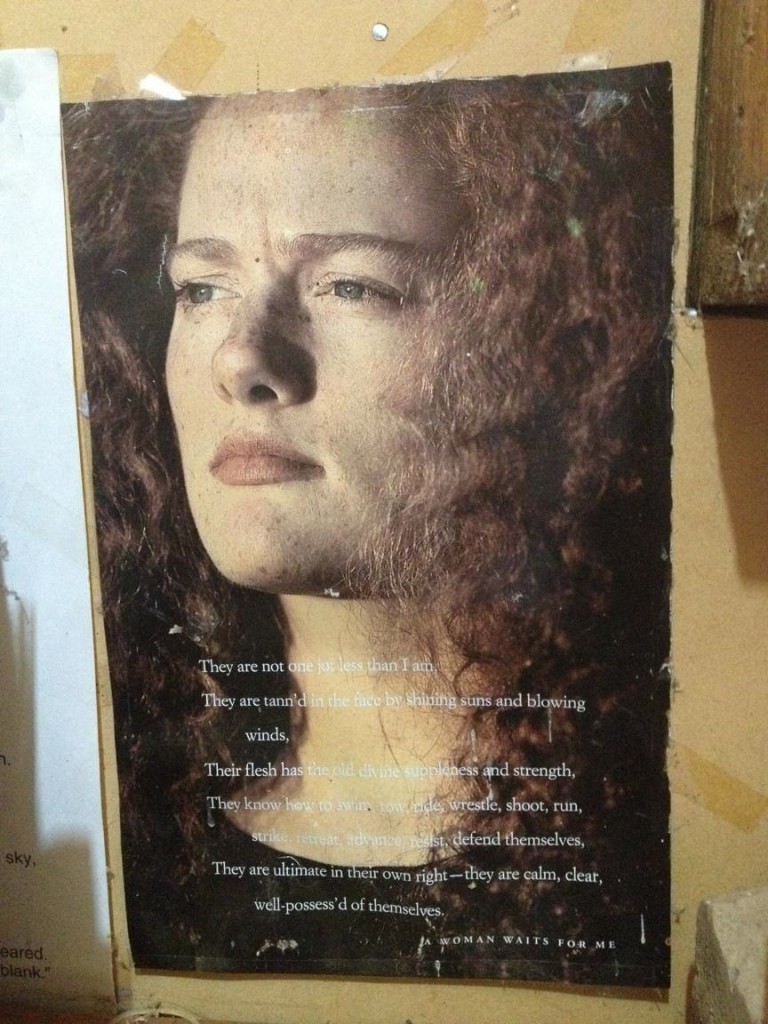 I’m not very precious about it – I’ll tear things out or scrawl them on a bit of notepaper and then whack them up with sticky tape.  That’s one of the benefits of having cardboard walls, I guess.

I don’t get up at 4.45am anymore.  I get up at six.  That’s about as long as I can handle being in bed, after years of chronic back pain (want to be a writer? Get a decent chair.  Pain, as Margaret Atwood pointed out, can be distracting).  That still gives me an hour and a half to get started before the kids need breakfast at seven-thirty, and then I can keep working when I get home from school drop off at about half past nine.  Basically, my working method revolves around gluing myself to my chair until I’ve bashed something out.  And not plugging in the internet modem.  I sit there and fidget and stare out the window and into space and just think and type and think and type.  Then I go pick up the kids from school around three.

I have some writing books on my desk – my thesaurus: 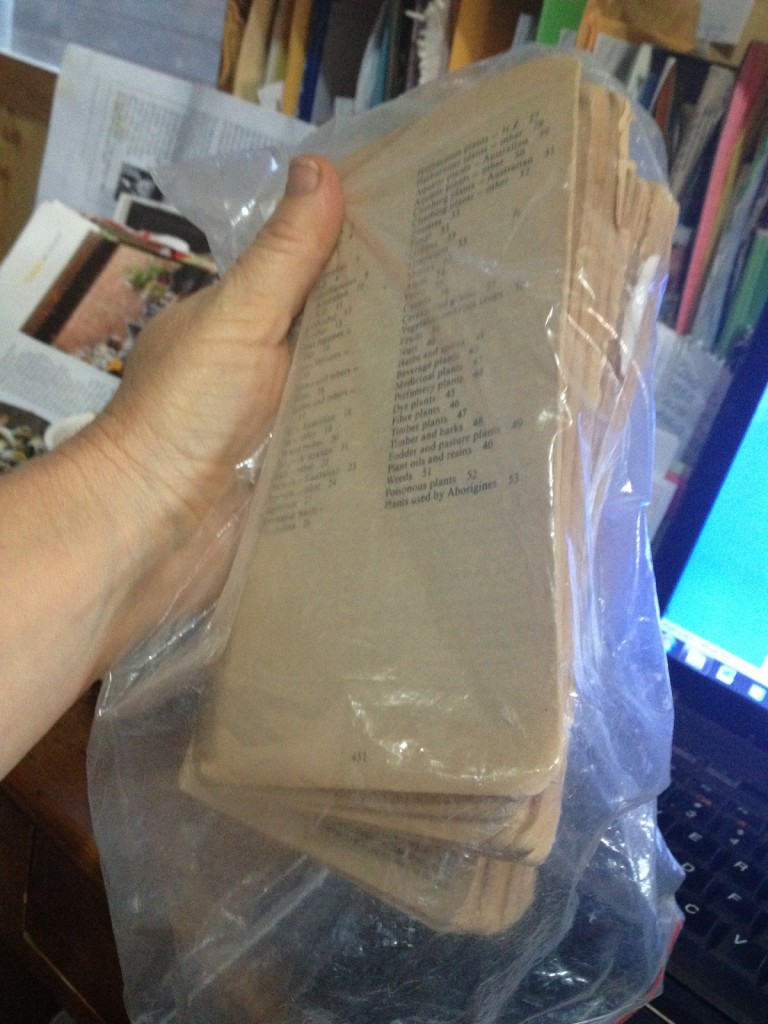 (see the plastic bag?  It’s an old thesaurus), my dictionary, a few how-to’s (Stein, Marsden, Strunk & White etc), a book of quotations, a medical dictionary, a book of babies’ names.  There are more research books on the shelf behind my chair.  I work on my dodgy old laptop, with Word – which is now the modern equivalent of exercise books and pencils – and I’ve never had an affinity for programs like Scrivener and such.  Learning software takes time, and Time/Gamp’s Laws, etc.  I’d rather just be writing. 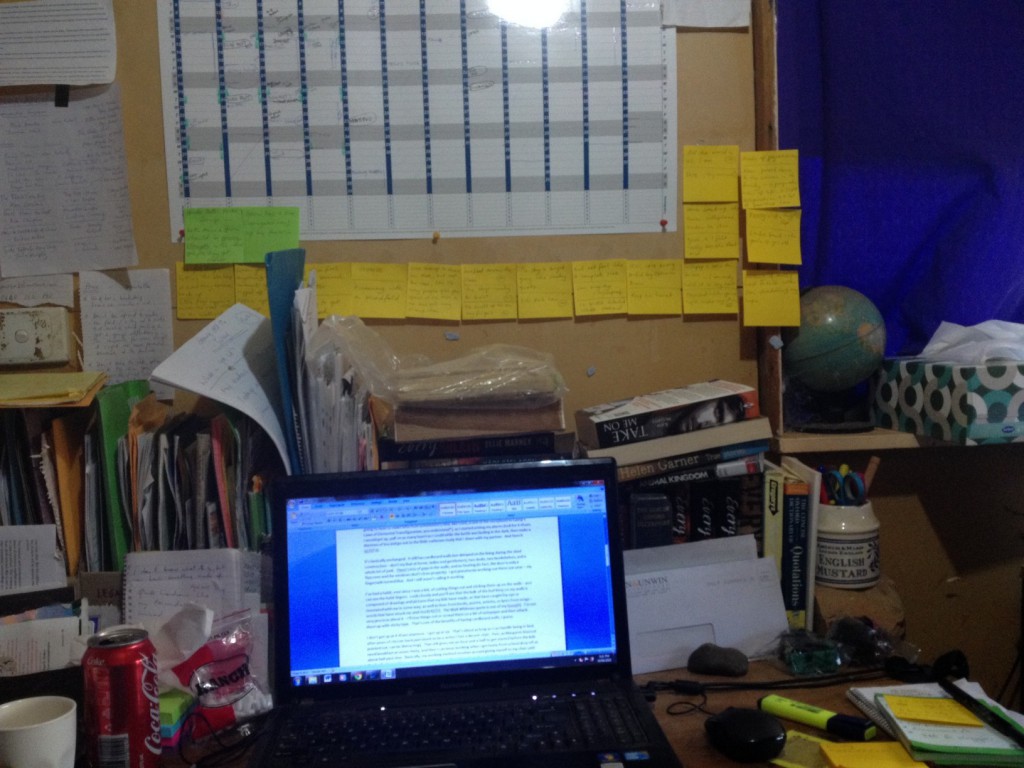 I’m showing you the rest of my house too, because I think if you’re a writer and a parent, the magic is kind of everywhere.  At the sink – in the garden – at the stove – while you’re sweeping the floor…  So much of your life and work is intertwined with the daily details of householding, it’s hard to separate them. 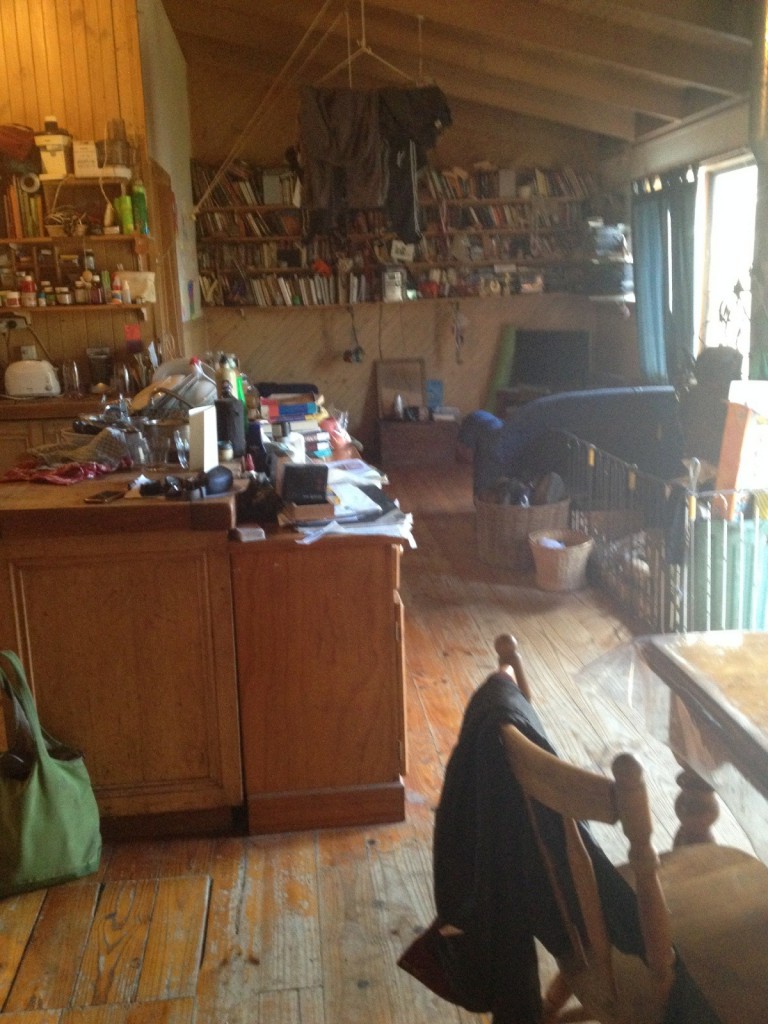 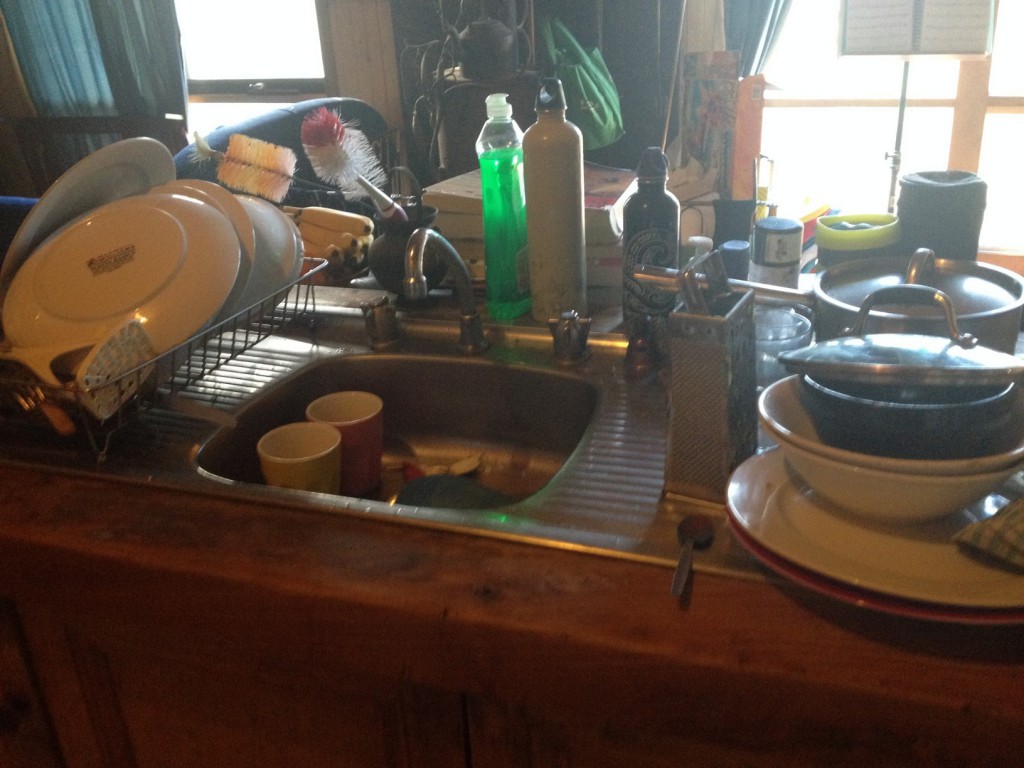 Do I do a lot of typing in the study?  Yes.  Do I get some of my best writing ideas while washing the dishes?  Again – yes.  My partner and I have a tiny, cluttered house, crammed with too many people and pets, and the kids are right in your face all the time, and you can’t swing a cat without hitting a book, and we like it very much.  This is where we live.  This is where I create.  This is it.

* Gamp’s Laws of Elemental Transfiguration were invented by Gamp, who was invented by Joanne Rowling.

Thank you, Ellie!!! I’m ridiculously excited by the fact that I found a quote from the IT crowd on your wall (you wouldn’t steal a …) and the lyrics to Cosby Sweater! But the Whitman floored me. Thanks for reminding us that creating happens in the midst of life, not separate to it :) You have made a messy person very happy.