Yes, I know, I know, I am still keeping up the conceit of having a reading alter ego. I can’t believe me either. But it’s the visuals, you see. I love those photos.

Anyway, this will be fast and furious and filled with bad grammar (writer, I am) but I am solidly of the opinion, sometimes, that it’s better just to post than to wait until I have more time. Basically, better to have posted and sounded inarticulate than never to have posted at all.

Here is a smidgen of the books I’ve been reading lately. If they have anything in common, they all offer the reader multi-faceted perspectives. I am going to deliver this in a style that I’m calling stream-of-consciousness response (see points made in previous para): 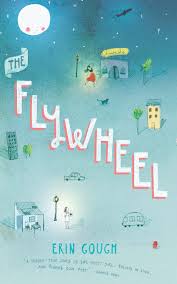 Del, the main character, is so beautifully drawn, and even when she’s in the wrong you’ve already forgiven her, because who hasn’t said awful things to their friends sometimes when everything is arse about. The conversations between Del and her good friend Charlie are so funny and ring so true – ah, the luxury of lying around with your best friend talking shite! And there is such a sense of fun – after economics I never wanted to see another graph again for as long as I lived, but I really enjoyed their addition to this narrative. What I love, too, is the way sexuality and exploration are dealt with as integral to life. Del is figuring everything else out, but as far as her own sexuality is concerned, she knows firmly who she is, which is a nice counterpoint to some of the other characters and where they’re at with things. Anyway, go read it. It’s warm, funny, and will make you feel good. 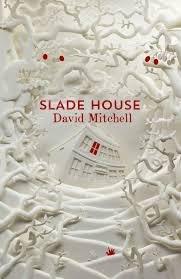 I rushed out and bought this, and then, when I held it for the first time, thought, What a shame we don’t get to have more hardcovers in Oz. This one is especially well designed, with special little bits of play in terms of what’s behind those cut outs. But I digress! Ooh, shiny. Okay. I can still run with the perspectives thing on this one, because for the first half of this book you see the same events play out from the perspective of different characters as they enter into a mind fuqqing version of a haunted house. That’s all I can really say without giving too much away. Of course David is brilliant, blah blah, but it struck me reading this book that where he’s brilliant is in vertically integrating his stories. I’m not sure that even makes sense but I’m running with it. What also struck me, though – and this applies to everybody’s gothic and horror novels, including my own (Night Beach), is that the set up and scary stuff is always more fun before it’s explained. What I want to try one day is writing something where you just don’t bother to explain it (yes, critics, I know; I’ll say it for you: You already have! :)) 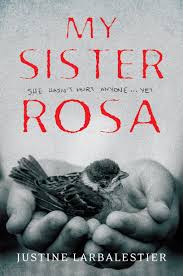 Okay, I read this as an ARC (advanced reading copy). Guess what? It’s the first official ARC I have ever read, or even held for that matter (apart from my own, which I didn’t read). So, you know, things are looking up! But that’s more digression. This. Book. I badly want to talk to someone about this book. SOOOOO many talking points. Which should tell you that Justine has been hugely ambitious with this story, and she has NAILED IT. Rosa is a ten-year-old psychopath. Che, the main character, has to deal with that, daily, because he’s her seventeen-year-old brother. But it’s also about many, many other things – religion, race, ambition, to name a few. I want to say so much more but I can’t because I also don’t want to commit the cardinal sin of spoilering. Put it this way – you’ll be thinking about it for a long time after you put it down. 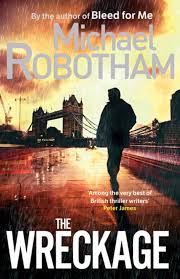 Bet you didn’t see that one coming. I thought I should mention this because it’s quite unusual for me to read many thrillers, but I have been on a Robotham rampage these last few months. I think I’ve now read all of his work. I read somewhere recently that he’d discovered that JK Rowling was a fan (just before he met her face to face, I think) and I wasn’t at all surprised that she was a fan of his. They share similarities in their ability to plot an incredibly good story. Anyway, that sounds under baked. If you’ve read her, and you’ve read him, you’ll know what I mean. 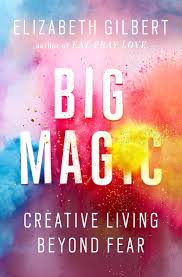 This has nothing to do with perspectives. I put it in here because some of you who are writing as well will find it interesting. Or, more to the point, interesting in that I bought it because I was completely and utterly stuck on my current work in progress, hoping for something that would unstick me. (Also, I have loved E Gilbert’s podcasts and TED talks on creativity, so I knew at the very least it wouldn’t hurt). I’m actually only up to the third chapter. BUT! I am happy to say I am no longer stuck. What worked for me was 10 minutes (daily) of sitting on the floor of my office, with no music going, keeping my eyes closed, concentrating on my breathing and not following the thoughts that arose. If you think that sounds like meditating, you would be right. I’m not sure I can call it that, though, because I’m not that great at it, and, as evidenced above, easily distracted (who knew there were soooo many thoughts?). But it has helped tremendously for some reason. PS The meditating has absolutely nothing to do with me buying BIG MAGIC other than me trying to become unstuck. Either might work for you.

Okay! Over and out.

Making a music video – the process…