feminism, how i want the world to change, upcoming events 0 comments 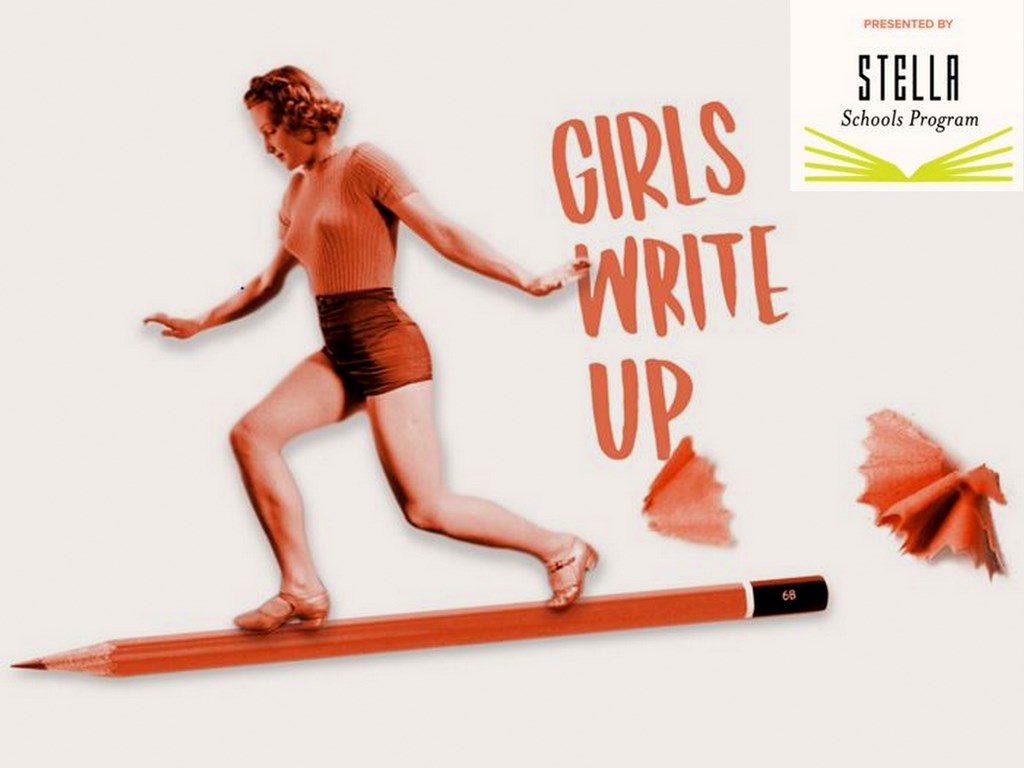 How often are young women constrained by their gender? What if they had the confidence to speak (or write) up against derisive and discriminatory language?

Okay, I feel so strongly about this. I’m fiercely proud to be a part of this program. The details of my session are below. But please take a look at the program and tell me that that isn’t the most exciting line-up of speakers and workshops and panels you’ve ever seen (Clementine Ford. Emily Maguire. These women are my SUPER HEROES). I can’t wait. I want to go to everything. I want the world to change. I want YOU to find your VOICE. Please come.

The Radical Act of Writing Women

Are women’s stories for women only? Writing about women can be a radical act against the male-dominated literary canon. These three artists will each present a 5–10 minute piece that demonstrates how this is true for them. This will be followed by a short panel discussion.

You’ll notice Clementine Ford has given the front quote for SUMMER SKIN, and that made my whole year because she is a champion in every respect of the word. Anyway, you should also know that she has a book coming out next year, called FIGHT LIKE A GIRL. She speaks more about it in this interview with Pedestrian TV  Read all of it. You have to. She says, as usual, so many things that are just right. I have to quote, though, because … well, because I can’t stop myself really:

Yet when women do fight back, or get angry, or present themselves as anything less than feminine and docile, we’re shamed for it. We’re not supposed to fight. We’re not supposed to present ourselves in a way that makes other people feel uncomfortable. We’re told that to change things we have to be nice and sweet, we have to make the people who have the power not feel threatened.

That Gif is taken from Misty Miller, Next to You. She is brilliant. Happy Friday peoples!

So, I’m on a movie jag at the moment, and I feel the need to throw this one out there because I’m so perplexed! I cannot understand the wave of bile this film attracted. I didn’t have any expectations, but it’s a shitload better than the trailer suggested it would be. Let’s shortcut the whole thing and say it like this: maybe we need more female reviewers. Yes, ennui isn’t always attractive or sympathetic, but the film isn’t pretending that it is for a second. The main character’s mum wants her out of the house, for god’s sake! (Actually, on that, I really liked what was done with the mum, and also the strange, manipulative, loyalty-testing triangle happening between main character, Leigh, and her mum and her dad). I think Leigh’s character was refreshing. She doesn’t do stoicism, or even angst. She’s selfish, and daydreams instead of watching over kids at her pool, and yes, that’s bad, but why can’t her CHARACTER do it? Why do female characters always have to be responsible? I’m pretty sure the boys in a Judd Apatow type flick mightn’t notice a kid drowning either.

The other thing was, I thought her getting involved with someone too young was handled really well – not comically or tritely, at all. Shit gets real. Each character eventually realises that going forward in life is their only option, and that, of itself, is hardly startling, but definitely handled in a way that feels authentic and fresh.

Oh, a side note. The sex scenes are so well done – another reason why we need more women behind cameras. Actually what we need is for Salma Hayek to run Hollywoodland. (Read her thoughts on things here, if you haven’t already).

From the mouths of babes

The only way this is going to be redressed is by talking about it. Bad things flourish when good people stick their heads in the sand because they find the issue (understandably!) difficult to address.

I can’t say it better than Benjamin Law (author of the first article – “Sex Education: far from decent”):

Teenagers are smart. They instinctively know when you’re patronising them. Cast your mind back to when you were a teenager yourself: you appreciated it when adults trusted you with sensitive information, and assumed you could make choices based on that information … Frightening things are only combatted by shedding light on them.

Where are the girl animals?

So I’ve got 2 daughters, both very young, both big readers (okay, listeners – although they can recite whole sections of Dr Seuss off by heart) … Anyway, I just read this post by Max Barry, talking about what’s lacking in children’s fiction. Using dogs and smurfs to illustrate his point, Mr Barry sums it up beautifully … See what you think.

Save Syd and his horses. Let’s just remove the c

Hey, have you ever wanted to see Raw Blue as a fea